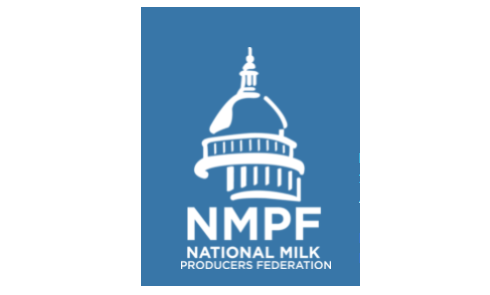 The Congress that’s seated next month will have a Democratic-led Senate, regardless of the outcome in the Georgia run-off, and a Republican-led House of Representatives. That’s after an election cycle in which Republicans achieved a narrow House majority but fell short of the red wave that many pundits expected. It’s yet another cycle where actual voters didn’t behave as predicted. In 2020, Republicans made solid gains in the House despite President Biden’s victory. And of course, everyone knows just how significantly the biggest upset of 2016 has affected American life.

These realities of uncertain futures and fast-changing fortunes only reinforce a principle central to the National Milk Producers Federation’s policy successes: We strive to be a studiously, emphatically, bipartisan organization. We believe in tangible, lasting gains for our members, which comes through successes that can’t be undone by an executive order or tempt an out-of-power party to overturn it the next time it’s in power again. The paths we chart in farm bills, the durable regulatory certainties we strive for our members, and the goals we pursue as the policy voice of dairy farmers and their cooperatives do not waver based on short-term political gains. We take a longer view of building bridges, not burning them, and of fostering positive relationships on both sides of the aisle rather than succumbing to toxic Washington partisanship.

This approach affords us confidence in our opportunities both in the current lame-duck session and in the upcoming 118th Congress. Immigration reform, a decades-long priority for our members, is gaining intense attention as the current Congress attempts to smooth the path for the next one. Thanks to our strong relationships on both sides of the aisle, we’re hopeful that the approach we endorsed in the imperfect, but essential, Farm Workforce Modernization Act can be improved in the Senate and signed into law. We’re working overtime to make it happen – you can get involved too by visiting the Call-to-Action found on our website.

At the same time, we’re confident that the sustainability gains we made in last August’s Inflation Reduction Act, including a critical new investment tax credit for methane digesters, can be furthered in the next Congress. Even though the larger bill was passed by the narrowest of partisan votes, our tax credit proposal had strong bipartisan support in both the House and Senate on its way to being signed into law. New Republican leadership undoubtedly will have its own approach to issues such as sustainability, and divided government always presents challenges when building the consensus needed to build bipartisan solutions.

But we also know that we have strong relationships with critical dairy advocates like incoming House Agriculture Committee Chairman Glenn “GT” Thompson of Pennsylvania, Senate Agriculture Committee Chairwoman Debbie Stabenow of Michigan, and others. And that puts our priorities and goals in a good position to advance in the next Congress as lawmakers work on issues ranging from the 2023 Farm Bill to trade policy and supply chain challenges.

Such lasting success only comes from the mutual respect and strong relationships we’ve built – and continue to build — in both parties. At a time when trust in Washington is low and fatigue over bitter partisanship is high, we’re excited for what lies ahead. We know we can make a difference for dairy because we’ve done it, are doing it, and will do so in the future regardless of the partisan alignment at any given time. Whatever twists the policy road may take, we’re well-prepared to travel it because of our own principles of service and progress.

That would have been the case regardless of whatever the electoral outcomes watched so closely in November had turned out to be. That’s behind us now. It’s time to focus on the months ahead.