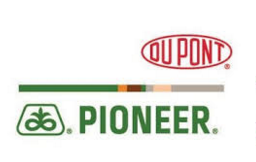 DuPont Pioneer announced today that it will offer 56 new high yield potential Pioneer brand A-Series soybean products for growers in the U.S. and Canada in 2018. This new class of outstanding varieties builds the overall performance advantage for the 110 Pioneer brand A-series soybeans commercialized in the past two seasons to 2.0 bu/acre. This lead was measured in more than 42,000 on-farm comparisons against competitive varieties ranging in maturity from groups 000 to 7.

“The new 2018 class builds upon the game-changing performance of the A-Series soybean lineup, which has the highest yield potential of any line we’ve ever introduced,” said Judd O’Connor, DuPont Pioneer North America Region leader. “Not only do we have the yield-leading lineup with A-Series soybeans, but also the most comprehensive soybean offering to meet grower needs for weed, pest and disease control.”

• Nearly 40 new A-series soybeans with Roundup Ready 2 Xtend technology. The Pioneer brand soybeans with this leading weed-control solution had an average yield advantage of 2.7 bu/acre in 2017 against competitive varieties in 11,013 comparisons.

• Additionally, nearly half of the new Pioneer brand soybeans with Roundup Ready 2 Xtend technology are rated good or better for white mold tolerance in the Group 3 and earlier maturities.

• Five of the Pioneer brand soybeans with Roundup Ready 2 Xtend technology also have sulfonylurea herbicide resistance through either the DuPont STS herbicide tolerant gene or BOLT technology, making them ideal for double-crop areas.