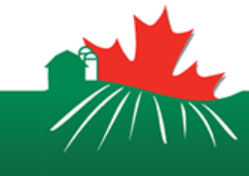 The Code Committee has been busy this fall with four meetings of the entire committee and eight subcommittee meetings. Recent meetings have included presentations from committee members (producers, processors, animal welfare advocates, researchers, and industry advisors) primarily focused on housing topics. Initially intended to help us adapt to online meetings with such a large group, the presentations have evolved into a nice way to lean on the team’s experience and expertise, build understanding across this diverse group, and allow for different proposals to be brought forward for consideration.

A series of focus groups with dairy producers across Canada is also underway, and it is hoped the results will help the Code Committee gain deeper insights on producer perspectives on housing topics. These learnings will build on the insights we have from all stakeholders who offered top-of-mind thoughts on dairy cattle welfare in NFACC’s 2019 survey.

The Scientific Committee’s report on priority welfare issues is now finalized following its peer review. The report will be released publicly when the draft Code is released for public comment.