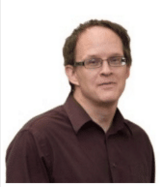 If you’ve never spent time around dairy cows to see how much they burp, you don’t know what you’re missing. At least, that’s the view of Canadian genome researchers and their counterparts around the globe. As those behind the Efficient Dairy Genome Project (EDGP) continue their quest to boost feed efficiency and reduce methane emissions in dairy cattle through genomics, a key focus is how best to measure the methane, with a little help from their friends down under.

“A cow produces 70-120 kilograms of methane per year through their burps, which is the environmental equivalent of driving a car almost 12,000 kilometres,” said Caeli Richardson, PhD candidate at La Trobe University in Victoria, Australia.

Of course, before you can lower those emissions, you must be able to measure them; but really, how hard could that be?

Well, since you asked…

“Gauging methane emission is challenging, costly and labour intensive,” said Richardson. “As a result, we can only measure a small number of animals, leading to breeding values [an estimate of a cow or bull’s genetic merit for a trait] with a low level of reliability.”

Since more information means greater accuracy, researchers are exploring new methods to collect methane data that are cheaper and easier to do.

“With the gold standard chambers, animals are put in their own room and everything they release over the course of a day is collected, so there is very little error involved. These chambers produce the most reliable information, but they are expensive and restrictive, as cows must be removed from the herd.”

As a more budget-friendly alternative, Australia uses a device called an SS6. It is essentially a “burp backpack” with a hose that goes up the nose of the cow, collecting samples of gases released and calculating the methane based on concentrations. In the U.K., they have adopted a laser technique for the same purpose. Though neither approach is perfect, both offer significant cost savings over the chamber method.

“One strategy we’re reviewing uses MIR spectroscopy to analyze milk samples collected at routine herd testing. A light is beamed through the milk sample and produces a unique pattern for each cow, which can then be used to predict the animal’s methane production. This technique could allow researchers to obtain large datasets with many animals, making it three times more reliable than the smaller amounts of data compiled with the gold standard chamber.”

Just as importantly, because MIR is already used for routine traits like fat and protein percentage, obtaining methane measurements with the technique is as simple as recycling the collected samples. That means that MIR could offer a less expensive way to make breeding values more reliable, and that could be a game changer for the dairy industry.

“Right now, breeding values are not reliable enough for farmers to use in their everyday lives because of the small sample size. If we can get data for thousands of animals, those values suddenly become very useful in reaching breeding objectives.”

A soft sell for hard science

Though there is a lot of science, technology and complexity to this research, there’s also a softer side that resonates with Richardson.

“I was born in downtown Toronto and had no exposure to the dairy industry until my third year of university when a producer took me on farm. I loved it so much that I stayed with it, and since then I’ve seen the effort that dairy farmers expend and the way they devote their lives to making food for everyone. For me, it’s satisfying if I’m able to give back and help them lower their feed bill.”

At the same time, Richardson sees a chance to make cows more robust and resilient and have a positive impact on the environment.

“I’ll be pleased if my work results in better breeding values for methane. I’ll feel even more gratified if that work serves as a stepping stone for other researchers in the EDGP to create better tools for farmers and foster a sustainable industry for the long term.”

Milk fat above 4% is the new normal, by: Isaac J. Salfer