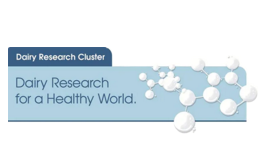 Estrous detection in dairy cattle is one of the biggest issues in the dairy industry, with estimated losses at $300 million in the US dairy industry when estrous detection fails¹. These losses are due to prolonged calving intervals and days open, reduced milk production, and increased veterinary costs, among other reasons.

A research team led by Dr. Ronaldo Cerri of the University of British Columbia has been studying how data collected from automated activity monitors (AAM) can be best used to detect estrus behaviour for the best opportunity for pregnancy. Results from a national research project led by Dr. Cerri under the Dairy Research Cluster 2 called, Sustainable solutions to improve estrous detection and reproductive efficiency in dairy cows, showed that prioritizing detection of estrus in a reproductive program can be as effective as some timed artificial insemination programs.

While standing to be mounted has been the gold standard for heat detection, the frequency of standing events has been declining over time. Increased physical activity is considered a secondary feature of estrous expression in dairy cattle and nowadays automated activity monitors (AAM) have been used to reliably identify cows in estrus. Accelerometers and pedometers are the most common AAM used in the dairy industry. In general, most AAM follow the same concepts in order to create estrus or health alerts. For example, when using accelerometers, the monitor will use an algorithm to calculate an index of physical activity by combing the data measured by the 3D accelerometer. A rolling average in physical activity is calculated to use as the baseline for each animal, which in turn becomes a reference value to calculate the relative increase or decrease in activity at a given period of the day. In the case of alerts for estrus, the relative increase in physical activity has to reach a threshold that is set for each AAM system.

Increase in activity at estrus and pregnancy per artificial insemination (AI)

The use of automatic activity monitors in one study showed a strong correlation between the relative increase in activity at estrus and pregnancy per artificial insemination. Animals that had a greater intensity of activity at estrus had around 12 percentage points (based on the model of analysis) greater pregnancy per AI, or over 30% improvement in fertility, than animals that had lower activity levels. The study included animals that spontaneously went into estrus. But even when using a timed AI protocol that induced ovulation and consequently induced estrus, there was a similar level of physical activity at estrus (Figure 1). They also found a correlation with pregnancy losses from 31 to 60 days post-AI (Figure 2) and estrous expression. Cows that had a lower increase in physical activity were more likely to have reduced pregnancy per AI and increased pregnancy losses.

Figure 1. Distribution of pregnancy per AI (%) of all insemination events according to a relative increase in activity at timed AI detected by an automated activity monitor

Figure 2. Distribution of pregnancy losses (%) according to a relative increase in physical activity at timed AI detected by an automated activity monitor

This study was the first to report an association of intensity activity at estrus with fertility and pregnancy losses. Animals that had greater estrous expression had higher pregnancy per artificial insemination and reduced pregnancy losses. The results provide further evidence that measurements of estrous expression (i.e. on spontaneous estrus, timed AI), such as physical activity, might be a reliable predictor of fertility and could be used as a tool to assist dairy farmers with decision-making for reproduction strategies at the farm level.

The researchers also concluded that future research is needed to better understand and interpret the data from the AAM to optimize breeding decisions.