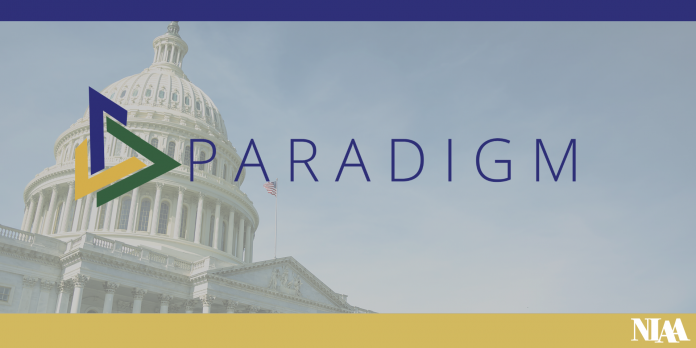 Vice President Joe Biden will drop the “Vice” on January 20th as he becomes the 46th President of the United States. Handling the COVID-19 pandemic and climate are two priorities that are certain to shape animal agriculture policy going forward. However, there are many other topics, ranging from trade to competition issues, where animal agriculture could see potential action.

STAFFING – President-elect Biden has announced he will nominate Tom Vilsack as Secretary of Agriculture. Most expect  Secretary Vilsack will easily be confirmed by the Senate, landing him in a familiar role as Vilsack led the U.S. Department of Agriculture (USDA) for eight years as President Obama’s agriculture secretary. Vilsack is currently chief executive of the U.S. Dairy Export Council and was Governor of Iowa from 1999 to 2007.

There will also be significant turnover in other political appointees at USDA. President-elect Biden will nominate Virginia Ag Commissioner Jewel Bronaugh to be the next deputy secretary of agriculture, the second highest position at USDA. If confirmed, Bronaugh would be the first woman of color to hold this position. Of particular interest for animal agriculture, USDA will have a new Undersecretary for Marketing and Regulatory Programs (MRP), a position currently held by Undersecretary Greg Ibach. However, it is not yet known who will fill these shoes. The MRP mission area includes the Agricultural Marketing Service (AMS) agency and the Animal and Plant Health Inspection Service (APHIS) agency. Following Secretary Perdue’s realignment of numerous USDA offices in September 2017, Grain Inspection, the Packers and Stockyards Administration (formerly combined as GIPSA), and several programs from the Farm Service Agency are now housed under AMS as well.

COVID-19 RESPONSE – As we look at the policy priorities of the new administration, the first order of business will be addressing the ongoing COVID-19 pandemic. For agriculture, this includes making sure people are safe while supply chains are operational. The next phase of COVID-19 response also involves vaccines becoming available to food and agriculture workers. Workers in high-density environments, such as slaughter and processing operations, are expected to be prioritized. However, many vaccine priority decisions will be made on the state level.

ENVIRONMENT – The Biden Administration has been clear the climate is a top priority. The head of President-elect Biden’s USDA transition team, Robert Bonnie, is a Duke University executive in residence specializing in issues related to climate change and natural resource conservation, with a focus on rural America. Bonnie has called for leveraging Commodity Credit Corporation (CCC) funds into a “carbon bank” that would pay farmers for practices that limit greenhouse emissions. Additionally, Bonnie was a project expert for the Climate 21 Project, which resulted in actionable advice for a government-wide climate response coordinated by the White House and accountable to the President.

TRADE – The President-elect has made improving the trade climate one of his his administration’s priorities. Although President-elect Biden has not delved in into many specific policy plans, he has indicated that he will focus on working with our allies to develop trading rules that provide a counter to China’s efforts to set rules on labor and environmental protections. We expect this will be a sharp departure from President Trump’s “go it alone” approach, but China will continue to loom over trade decisions. Notably, President-elect Biden has indicated that he will not immediately end the phase one trade agreement with China or withdraw the punitive tariffs that are in place.

One of the decisions that will confront the Biden Administration is whether to attempt to rejoin the Trans-Pacific Partnership (TPP) to provide a democracy-friendly alternative to the China-driven Regional Comprehensive Economic Partnership (RCEP). The President-elect has nominated Katherine Tai to serve as U.S. Trade Representative.

COMPETITION – Consolidation in agriculture is a major topic of the times, especially in the meatpacking sector. Interest in packer concentration has heightened, tied to COVID-19 related supply chain bottle necks and a record spread between boxed beef prices and the prices packers paid for live cattle. In the last year, we have seen USDA and the Department of Justice (DOJ) investigate the beef packers for potential anticompetitive activity and DOJ cases against poultry processors. Additionally, some chicken and pork companies have also entered into settlement agreements to resolve class-action antitrust cases.

In December, USDA finalized a rule establishing criteria for the Secretary of Agriculture to determine when an undue or unreasonable preference or advantage has been given by a packer or poultry processor in violation of section 202(b) of the Packers or Stockyards Act. This is the third version of a rulemaking, first undertaken under Sec. Vilsack’s USDA in 2010. At that time, the GIPSA competition rule received significant pushback from some segments of production agriculture. This topic, which affects contracted poultry and swine producers in addition to livestock owners, will be one to watch moving forward.

ANIMAL HEALTH – Traditionally, the Chief Veterinary Officer of the U.S., currently Dr. Burke Healey, has been a career position that does not change with a new administration. One area to watch will be if the Biden-Harris administration advances or changes direction on recent attempts to require electronic identification under the current Animal Disease Traceability (ADT) program. Transitioning to electronic identification was a priority for Undersecretary Ibach. However, advancing technology in ADT, and especially moving away from paper records, is a longstanding agency effort.

FOOD PROGRAMS – USDA is a broad agency, and there have been calls for additional focus to be placed on the nutrition assistance components of the department.

LABOR – Employee safety and worker protections will likely see increased significance under the Biden administration. Additionally, animal agriculture needs a stable, year-round, legal workforce. Changes to labor laws to help meet this need would likely need to be part of a comprehensive immigration reform package. This seems more likely under a Biden administration than in recent years, but would be a significant undertaking.

RURAL VITALITY – President-elect Biden has repeatedly said he will be the president for everyone, including those who did not vote for him. “We have got to rebuild the middle class,” said President-elect Biden, “especially in rural America.” Health care and infrastructure, including access to broadband, are fundamental to vibrant rural communities. “We should be spending $20 billion to put broadband across the board,” Biden said.

SCIENCE – President-elect Biden has said science will be a priority for his administration, and just last week he announced his White House Science Team. A science focus will affect programs within USDA, such as the National Institute of Food and Agriculture (NIFA), Economic Research Center (ERS), and APHIS. Science also plays a large role in other agencies with which animal agriculture interacts, such as the Food and Drug Administration (FDA) and its Center for Veterinary Medicine (CVM). Currently, we are seeing disagreement about the regulation of genetically modified animals between FDA and USDA. We’ll also have an eye out for how this science-based approach affects issues such as one health and antibiotic resistance.

CONGRESS – As we consider policy priorities moving forward, we’d be remiss to not also discuss the makeup of Congress. The 117th Congress will be one of narrow margins. Democrats will hold a small majority in the House. The Senate will be evenly divided with 50 Democrats and 50 Republicans.

The Constitution designates the vice president as the president of the Senate, so Vice President-elect Kamala Harris will hold the tie-breaking vote. This ensures simple majority party line votes in the Senate will break for the Democrats. Incoming Democratic Majority Leader Sen. Chuck Schumer and outgoing Republican Majority Leader Mitch McConnell will have to agree on an organizing resolution, which governs how the Senate works and committee makeup. Generally, bills require 60 votes to pass the Senate. However, the budget reconciliation process may be employed by the Democrats to advance some items and would only require a simple majority. The 117th Congress will not have a presidential election over its shoulder, possibly allowing for bi-partisan cooperation on major infrastructure and agricultural packages.

Turning toward future legislative work and particularly the Farm Bill, which is scheduled for 2023, new Chairpersons will be Sen. Debbie Stabenow (D-MI) and Rep. David Scott (D-GA). Sen. John Boozman (R-AR) and Rep. Glen Thompson (R-PA) will become the ranking republicans of the Agriculture Committees in their respective chambers. Sen. Stabenow (D-MI), who has been serving as the Ranking Member of the Senate Agriculture Committee and chaired the committee from 2011–2015, has already been in contact with Sen. Boozman about her committee priorities, including a focus on trade, stability, climate, and gearing up for the 2023 Farm Bill. Sen. Boozman has historically been engaged in livestock issues, however, Arkansas is an incredibly diverse agricultural state, so expect commodities like rice, cotton, and poultry to garner significant attention. Rep. Scott has indicated racial equality, nutrition programs, and climate will be priorities under his gavel.

Chelsea Good is the Vice President of Government and Industry Affairs and Legal at Livestock Marketing Association. LMA is the Kansas City based trade organization representing livestock auctions and other livestock marketing businesses across the United States. Chelsea advocates for the interests of LMA members in federal, state, and industry policy.

John Dillard is a USDA attorney at OFW Law in Washington, D.C. He primarily represents clients with matters before FSIS and AMS, including the Packers and Stockyards Division. He also advises and represents feed and pet food clients on FDA legal matters.