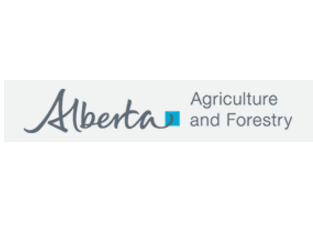 Harry Shierman celebrates his 100th birthday with a Century Farm and Ranch Award for the family farm.

It was a quite a surprise for Harry Shierman during his birthday celebration in December. His family presented him with a Century Farm and Ranch plaque. Harry’s father had purchased the Kathryn area farm in January 1919, and Harry was born nearly a year later in December.

Quincy Shierman, Harry’s granddaughter-in-law, applied for the award. “I thought it would be pretty special to give him the Century Farm and Ranch Award on his 100th birthday. I don’t think it would be much of a stretch to say that it is a rare event for someone to see their farm turn 100 the same year they celebrate their 100th year, too”

Henry Shierman is Harry’s son and co-owner of the family farm. Henry says that his grandfather – also named Henry Shierman – and his grandmother were Russian Germans who came to Canada in 1908. The elder Shierman worked with the railroad out of Calgary, and ended up renting some farmland. In January 1919, he purchased the land where the family still farms today.

“It started out where Grandpa would raise wheat, some barley and some oats,” says Henry. “They had probably 25 head of beef cows, and I think 8 milk cows, about 20 or 30 pigs, chickens for eggs. They had turkeys that they would butcher and sell, and they had roosters they would sell as fryers. They did pretty much everything on this farm. You know, they had to do it to get by.”

“I think Dad was close to 90 the last time he drove the combine.”

Henry says that over the years, the farm has evolved to where they have just cattle and grain – around 110 cows and 4,500 acres seeded. His two brothers, son and nephew are also on the farm.

“Our 4 daughters are the fifth generation on our farm and don’t miss a beat around here,” adds Quincy, Henry’s daughter-in-law. “It has been such a pleasure to be a part of the 100th year on the farm and to celebrate it with the one who is behind its success. I can’t wait to watch our daughters grow on the farm and see the success of its next 100 years.”

Connect with the Alberta Century Farm and Ranch Award Program: