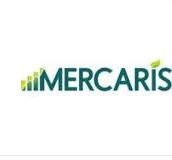 As organic small grains harvest has nearly concluded following a troublesome summer, Mercaris released its monthly organic update today which encompasses trends in grain and feed prices, livestock inventories and organic imports. The report looks at the current organic market and gives a window of what to expect as the rest of U.S. organic production quickly approaches harvest.

Outside of the grain markets, Mercaris observed organic livestock growth to be basically uneven with some sectors showing much more rapid growth than others. Organic broilers for meat production declined 2% from Q1 to Q2 and organic broiler volumes for July fell below the previous year, driving Mercaris to some key observations.

“Through July 2021, organic broilers are at up only 1% above 2020 volumes,” says Thomas. “For the fifth month this year, the broiler production is on a decline and that leaves in question where total production will end up for the year.”

This month’s report wraps with a look at organic imports which were reduced year over year in the month of July, with the exception of organic corn imports. More specific details on the organic crop, livestock and imports markets can be found in the August Organic Market Update that is available on www.mercaris.com.

From Robots to Customers: Exploring New Opportunities for Dairy Farmers