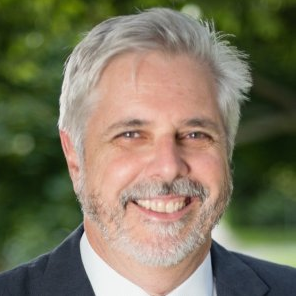 In the face of the COVID-19 pandemic, grocery store shelves in Canada continue to be well-stocked overall – but to keep them that way, the agri-food sector here is facing some big challenges.

For the most part, it’s overcoming them, by government and industry working together. On March 23, the federal government allocated an extra CDN $5 billion to the country’s biggest ag lender, Farm Credit Canada, to help with producers facing cash-flow issues and processors impacted by lost sales. As well, more than $170 million worth of loans were deferred for six months.

Farm groups called it an important first step in helping stabilize the agri-food economy but underlined the need for additional support. Heading into this planting season, farmers were reeling from trade wars, falling income, low prices and a tough harvest in 2019, as well as the imposition of a mandatory carbon tax.

The federal government also opened the doors to badly needed foreign farm workers. Fear and confusion gripped the sector mid-March as borders everywhere tightened and airlines reduced flights. But on March 22, Ottawa announced migrant workers would be allowed into Canada, and carry on with farm work after a 14-day self-isolation period.

Also on the labour front, Ontario’s provincial government launched an online portal just days ago to try to connect potential workers with employers in the agri-food sector, which has chronic labour shortages. Minister of Agriculture, Food and Rural Affairs Ernie Hardeman pulled at citizens’ heartstrings.

“Working in the agri-food sector is a great way to contribute to your community and join the thousands of hard-working men and women helping to feed the province during this unprecedented time,” he said.

For its part, the country’s vitally important trucking industry was starting to feel pressure as producers’ need for inputs grew and consumers began stockpiling essentials. In Ontario, it’s estimated that more than 90 per cent of all consumer products and foodstuffs are shipped by truck, and about 200,000 trucks travel roadways here daily.

For easier transport, municipal noise by-laws were lifted to give truckers 24-hour goods delivery. As well, more safe places were created for truck drivers to stop and rest across the province, particularly on Highway 401, the busiest thoroughfare in North America.

For Canadians struggling to put food on the table, commodity groups stepped up to offer support. Among them, the Chicken Farmers of Canada gave $20,000 to support the Ottawa Food Bank, while the Grain Farmers of Ontario made a $100,000 donation to Feed Ontario, an organization that unites food banks, industry partners and communities.
The COVID-19 pandemic is taking a toll on processors, however.

For example, some Canadian dairy producers, like their American counterparts, are having to dump milk in response to greatly reduced restaurant and school uptake. This is a very unusual circumstance in Canada, given the strictly managed dairy industry here.

And in Quebec, a major hog slaughter plant was closed for two weeks after a COVID-19 outbreak among its staff, as was a beef plant in Alberta. Processing capacity in Canada is already stretched thin.

Ironically, as the COVID-19 pandemic was arriving in North America and countries were considering closing borders, the U.S., Canadian and Mexican governments were ratifying the USMCA trade deal that is being held out by many in the Canadian agri-food sector as a way to deal with such calamities.

The Canadian Agri-Food Trade Association said countries may be tempted to hoard and adopt food restrictions, but it contended that supply shortfalls will be best addressed though unfettered flow of products and increased production.

“Taking away the possibility to sell abroad would remove the incentive for farmers, producers and food manufacturers to grow, make, and deliver safe food and feed products to where they are needed most,” it said. “In these dire times, more trade is needed, not less.”
Despite some uncertainties, John Jamieson, CEO of the Canadian Centre for Food Integrity, said Canada’s food system was safe and reliable.

“For Canadians to be optimistic that grocery store shelves will be restocked, and that food will remain as a known staple in their daily lives while they’re faced with many unknowns, is helping Canadians feel confident that they can get the food they need,” he said. “That is true public trust.”

Agri-marketer Len Kahn of Kahntact Marketing says business continues in the agri-food sector as it always does, but in some new and unusual ways. For agri-businesses, most offices are closed, with people working remotely. Zoom meetings and teleconferences have quickly become the norm.

Marketers are also evaluating the tone and content of marketing and sales communications, to ensure that what once may have been viewed as edgy campaigns, are now not seen as tone deaf or even offensive.

Marketers are also doing more internal communication, he says, ensuring their field and office staff are supported and in the loop. At the same time, the amount of outward communication has decreased, out of budget concerns and respect for the gravity of the current situation.

“Farmers across Canada are preparing to plant and there’s no reason to believe that the crop will not get into the ground, weather permitting,” he says. “But almost everything else has changed.”