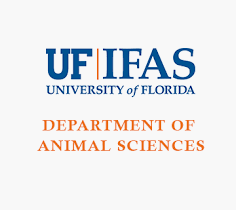 Artificial insemination (AI) and in-vitro produced (IVP) embryos for embryo transfer (ET) are two reproductive technologies that result in genetic gain by propagating offspring from animals with greater genetic merit. The National Association of Animal Breeders (NAAB, 2019) reported 23,196,413 units of dairy semen sold in the U.S. in 2017. The number of transferable IVP embryos of dairy breeds produced in North America during 2017 was 311,867, of which 95.5% (≈ 298,000) were produced in the U.S. (Viana, 2018). Adding units of semen sold to transferable IVP embryos in the U.S. during 2017 shows that approximately 1.3% of dairy breedings were with IVP embryos. Use of IVP-ET is growing fast in North America; the number of IVP embryos doubled between 2013 and 2017.

Selection of superior females in the herd reduces the genetic lag with service sires. For example, use of female sexed semen in younger animals or selection of surplus heifer calves based on genomic test results produces dairy calves that are on average better than the average unselected dairy calf from the herd. The result is a decrease in the genetic lag with the best available service sires. Use of IVP-ET can greatly decrease this genetic lag as will be illustrated later. Use of technologies such as AI, sexed semen, IVP-ET, and selection of surplus animals all contribute to a reduction in genetic lag.

From the perspective of a typical herd, the genetic merit of available service sires is a given factor that cannot be controlled. When the rate of genetic gain of service sires is constant over time, and the reproduction and selection program for females in the herd are constant over time, it follows that use of technologies like IVP-ET in a herd do not accelerate the rate of genetic gain (that is, they do not increase the annual change) as is often thought. They do reduce, however, genetic lag with service sires compared with use of AI.

What is the opportunity cost of genetic lag? Using again simple math, a genetic lag of $350 PTA of NM$ is equivalent to a genetic lag of $700 estimated breeding value (EBV) of NM$ (2 × $350 because EBV = 2 × PTA). We use EBV to express the genetic merit of the female herself, whereas PTA is the genetic merit transmitted to her offspring). The $700 is expressed per lifetime, which is 2.8 lactations, or approximately 3 years. Thus, the opportunity cost of this genetic lag of $350 PTA of NM$ is $700 ÷ 3 = $233 per cow per year. Using a program that would reduce the genetic lag by $50 is worth approximately 2 × $50 ÷ 3 = $33 per cow per year. One dollar reduction in genetic lag is worth $0.67 dollar per cow per year (simplified). This math does not include any discounting for time value of money, differences in actual lifespan, and phenotypic response to selection, and assumes that NM$ is the ideal measure of profitability.

The toolbox of technologies such as AI, sexed semen, beef semen, IVP-ET, genetic evaluations, genomic testing, and fertility programs all affect genetic lag. In addition, these technologies have various direct costs and may affect the phenotypic performance of the herd, such as conception risk. For example, the cost to produce a pregnancy with an IVP embryo is much greater than the cost to produce a pregnancy with AI, but the genetic lag using IVP-ET is smaller. The net benefit of using IVP-ET over AI is not immediately clear. Another question is how much IVP-ET use in a herd is optimal, if not to create 100% of pregnancies. The goal of this paper is to provide some insight into these questions.