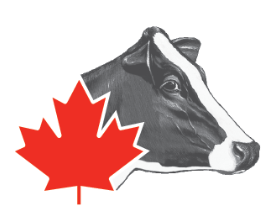 SINCE THE INTRODUCTION OF GENOMICS, we have seen advancements in genetic progress for all traits in the Holstein breed. Though it may be hard to believe, genetic progress has doubled in the years since genomics; it is true!

Genomic testing bulls began in 2009. Since that time, all AI bulls are tested and their genomic results made available to producers and semen companies to aid in breeding programs. This ensures that the bulls selected for AI use really are the best of the best.

Genetic progress is the relationship between selection intensity, accuracy, variation and generation interval. Through genomics, we have been able to increase the accuracy of selection, increase the selection intensity, maintain levels of genetic variation and decrease the time interval between generations. For more detailed information regarding the Genetic Progress Formula, please refer to the Genetics 101 article in the March/April 2017 issue of the InfoHolstein.

The Canadian Dairy Network’s (CDN) May 2017 extension article entitled “Genetic Gains Before and After Genomics” analyzes the genetic gains for LPI and Pro$, as well as production, conformation and functional traits over the last twenty years. In doing so, CDN is able to show genetic trends before and since genomic technology became a tool available to producers.

In the five years leading up to the introduction of genomic evaluations, the average genetic progress was 50 LPI points per year for females born in that period. Similarly, the increase in Pro$ was $79 per year. Though Pro$ was not introduced until 2015, the strong correlation between LPI and Pro$ (96%) means selection for LPI was resulting in selection for Pro$ before the index even existed.

As mentioned, with the introduction of genomics in 2009, we have seen the rate of genetic progress more than double. In the last five years, LPI has risen to an average rate of 107 LPI points gained per year. Pro$ saw an average gain of $176 in the same time period (Figure 1). This rate of genetic progress has more than doubled compared to the pre-genomics numbers above.

It’s not just in overall performance where we have seen tremendous increases in genetic merit. Each individual trait has seen a positive trend since genomic technology was introduced.

Figure 2 shows the genetic gain for individual traits before and after genomics. Gain is expressed in standard units so traits with different units of expression can be directly compared. Significant genetic improvement can be seen for fat and protein yields. For example, females born in the last five years in a herd with average management are expected to have 305-day lactation yields that increase roughly 5 kg per year for protein and 6 kg per year for fat, on average.

Low heritability traits, such as Daughter Fertility and Herd Life, have seen substantially more gain in the past five years. Genetic gain for many low heritability functional traits was slow or negative prior to genomics. The gain now seen for these traits is one of the many benefits of genomic selection.

Herd Life has tripled in genetic gain, with the current progress being 2/3 of an RBV point per year, or two full points every three years. These gains for functional traits mean that not only are Holsteins producing more, but they are also lasting longer in the herd. This is due to factors such as improved calving and reproduction performance combined with increased disease resistance.

Type traits such as Mammary and Conformation show the highest overall genetic gain since genomics. It should be noted, however, that these traits were also showing the most gain prior to genomics. This is a sign that producers have been practicing high selection intensity for these traits. One type trait that should be highlighted as having impressive genetic gain with genomics is Feet and Legs. Although it is the least heritable scorecard trait, in the last five years, the genetic gain for this trait has doubled. This is due in large part to the increased accuracy of the trait, thanks to genomics (Table 1). The gains presented in Table 1 are expressed in the same units as the genetic evaluations.

It is clear to see that genetic progress has increased significantly since the introduction of genomic evaluations in 2009. Genomics allows producers to realize faster genetic gain in order to achieve their breeding goals. Holsteins are becoming stronger and more resilient while producing more milk. This means there is more milk in your tank, older cows in the barn and hopefully more money in your pocket.

Over the decades, our industry has seen many changes. In fact, some might say that genomics is the most advanced tool we have experienced in our industry since artificial insemination. There are sure to be many more changes and advancements, and there continues to be room for increased genetic progress by genomic testing females. As a producer, you have access to more information at your fingertips now than ever before.