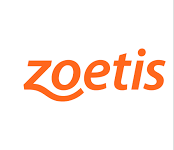 Zoetis Inc.(NYSE: ZTS), the global leader in animal health, today announced that it has been named one of America’s Best Midsize Employers by Forbes Magazine for the fifth time.

“At Zoetis, our colleagues drive our success and shape our reputation as a top employer,” said Roxanne Lagano, Executive Vice President, Chief Human Resources Officer and Global Operations. “We continue to build a diverse and inclusive culture – based on our Core Beliefs – where everyone can thrive, both personally and professionally. We are proud to consistently be recognized by Forbes as one of America’s Best Midsize Employers, and we thank our colleagues for recommending Zoetis as a great place to work.”

Forbes determined its America’s Best Employers list based on an independent survey among a sample of 50,000 American employees working for companies with at least 1,000 people in their U.S. operations.

The willingness to recommend one’s own employer was used as the most important factor in the assessment. The employees were consulted anonymously through online access panels which allowed them to express their opinions. Visit Forbes.com for more details about the list of America’s Best Midsize Employers.

Award-Winning Culture
Zoetis has consistently been recognized as a great place to work. The company has been named among the Top Companies for Working Mothers for the past seven years, as well as a Top Company for Executive Women for three years in a row. Most recently, Zoetis received a score of 100 percent on the Human Rights Campaign Foundation’s 2021 Corporate Equality Index (CEI), the nation’s foremost benchmarking survey and report measuring corporate policies and practices related to LGBTQ workplace equality.