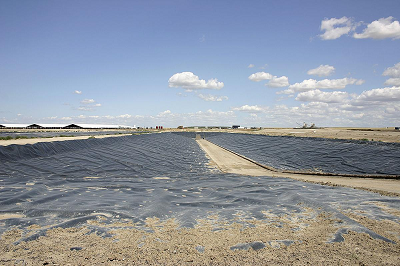 Easterday Farms purchased the dairy, formerly Lost Valley Farm, in 2019. The family registered a new business in Oregon, called Easterday Dairy LLC, which is now seeking state approval to reopen the dairy in rural Morrow County with up to 28,300 total cattle.

But Oregon regulators say they are proceeding with caution and watching closely amid an unfolding scandal involving Easterday Ranches, the livestock arm of the family’s multi-pronged agricultural operation.

Easterday Ranches supplies cattle for a beef plant run by Tyson Fresh Meats near Pasco, Wash. In January, Tyson sued Easterday Ranches for $225 million, accusing the ranch of faking invoices and charging the company for more than 200,000 cattle that, in fact, did not exist.

Both Easterday Ranches and Easterday Farms have since filed for Chapter 11 bankruptcy protection. Easterday Farms is the family’s farming business, growing 22,500 acres of potatoes, onions, corn and wheat in the Columbia Basin.

In a statement to the Capital Press, Cole Easterday, one of the owners of Easterday Dairy, said the company is still working to secure a Confined Animal Feeding Operation, or CAFO, permit from the Oregon Department of Agriculture and Department of Environmental Quality to reopen the dairy near Boardman.

“Though the situation with Easterday Ranches and Easterday Farms is unfortunate, Easterday Dairy LLC’s commitment to our current CAFO permit and our permit application is unchanged,” he said.

Cole Easterday declined to comment on the lawsuit or bankruptcy filings.

The 7,228-acre dairy has already undergone a turbulent past. As Lost Valley Farm, it opened in early 2018 and was shut down within a year after racking up more than 200 permit violations under previous ownership, including open-air lagoons overflowing with liquid manure.

Easterday Farms bought the property, including buildings and infrastructure — but not the cows — for $66.7 million in 2019. The family promised to invest $15 million in the dairy, upgrading its wastewater treatment system and correcting environmental deficiencies that led to Lost Valley’s demise.

“It’s a state-of-the-art dairy,” said Cody Easterday, president of Easterday Farms, during a tour and interview in July 2019. “It just needs to be finished, and it needs to have the correct management.”

Easterday Dairy applied for a CAFO permit in June 2019. Oregon’s CAFO program is jointly administered by the state Department of Agriculture and Department of Environmental Quality to ensure operations will not pollute “waters of the state.”

Wym Matthews, CAFO program manager for ODA, said the Easterday Dairy application is under review and agencies are working toward issuing a draft permit that would then be available for public review.

“There is quite a bit of back and forth between the agencies in developing the permit,” Matthews said. “One of the things, because this proposed site is located in a groundwater management area, it’s a new source of nitrogen in an area that already has known concerns about nitrate levels in groundwater.”

Stephanie Page, natural resources program director for ODA, said the lawsuit and bankruptcy potentially add another layer of complications. She said the agencies are working closely with the Justice Department about their authority going forward, and are continuing to gather more information.

“I think we’ve all been on the same page in terms of not wanting to jump to conclusions,” Page said. “We’re just continuing to evaluate the info we’ve gotten about the business structures, and how they’re separate but also making sure we understand how they’re interrelated.”

ODA spokeswoman Andrea Cantu-Schomas said officials want to let the legal process play out before drawing any conclusions about the dairy’s viability.

“At this point, they are allegations,” Cantu-Schomas said. “They are concerning, but we want to proceed with fairness and transparency.”