How are dairy genetics measured?

Genetic indexes are effective tools in measuring dairy genetics. Most indexes use a combination of traits to select animals that excel in a certain area that farmers want to focus on.

Consider the reliability of traits when reading a bull proof and selecting animals to mate.

Predicted transmitting abilities (PTA) is a genetic evaluation tool that allows a comparison of two animals. PTA’s are estimates of an animal’s genetic value for a given trait that will be passed to offspring.

Net merit is an index of several PTA traits that are of economic importance. A formula is used to combine the traits and give more significance to traits that influence lifetime profitability more than others.

Many breeds have indexes that combine PTA’s using specific formulas to provide an overall ranking or score for an animal’s genetic merit. These indexes are similar to Net Merit, but the formulas are often slightly different resulting in different rankings of cows or bulls.

TPI uses traits from several categories such as production, health, fertility and conformation to provide a ranking of Holsteins based on genetic merit.

JPI provides a ranking of the genetic merit of the Jersey breed using a weighted formula of PTA traits to identify animals to improve lifetime net income.

Does the bull or the cow make a bigger genetic difference?

One of the biggest genetic decisions a producer can make is what breed or breeds they will have on their farm. While production factors and economic decisions play a huge role in the decision, there are many other factors including tradition, what a producer has now, what breed the kids would like to show, etc.

Breeds will differ on the size of the animal, milk components, production and temperament. The decision for each producer will be based on the market, personal preference, facilities and various other economic factors.

What farmers should select for

Producers should identify their overall genetic goals or preferences for their farm and select animals based on the specific needs of their dairy.

Production of milk and milk components

Productive longevity is the biggest factor for the lifetime profitability of each cow on your operation. Genetic indexes include traits for longevity and health.

Blanket, Selective, or No Dry Cow Therapy: Which Should I Choose? 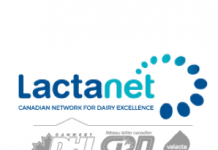