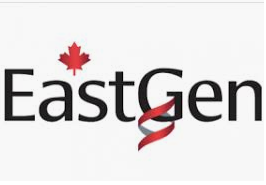 Over the past decade, the use of reproductive and genetic technologies has increased in dairy herds across Canada. With the evolution of electronic activity monitoring and timed artificial insemination (AI) protocols, overall reproductive performance has increased in CanWest DHI herds greater than 150 cows. As well, sexed semen has now become a widely accepted product. The ability to create more female pregnancies and subsequent female calves opens new opportunities for herd level genetic strategies.

CanWest DHI started to annually publish reproductive performance data by herd size in 2011. For this paper, the focus is on herds greater than 150 cows. Using herd size above 150 cows helps to give a large enough cow population to limit the variability in pregnancy, insemination and conceptions that can be seen in herds smaller than 150 cows. In herds with more than 150 cows, lactating cow reproductive performance improved in 2017 compared with 2011 (Table 1). Pregnancy, insemination and conception rates increased by 2.5, 4.0 and 3.5 percentage units, respectively. Also, changes in herd demographics are reflected with 135 more herds milking 150 or more cows.

Table 1. Comparison of 2011 to 2017 CanWest DHI reproductive benchmarks for herd size > 150 cows for all provinces

The University of Guelph survey also showed that 81% of herds used timed AI at some point in their reproductive protocol (Denis-Robichaud et al., 2016). Additionally, 27.6% of tie-stall herds and 12.0% of loose housing herds used timed AI for > 50% of first services.

Table 2. Comparison of 2011 to 2017 CanWest DHI heifer reproductive benchmarks for herd size > 150 cows for all provinces

One of the shifts in herd management over the past decade has been the increased focus on heifer management. Whether it was intentional or not, changes in heifer management have likely impacted the age at first calving. The age at first calving has been reduced by over a month over the last seven years in DHI herds above 150 cows that are recording heifer data in accordance with DHI guidelines (Table 2). While the age at first calving has come down, the percentage of heifers pregnant at first breeding has also declined. The reduction of 2.5 percentage units in first service pregnancy may be the result of more aggressive insemination strategies, which can lead to a reduction in conception because more marginal animals are being bred. As well, increased use of sexed semen likely has had a slight negative impact on conception rates.

Other trends in the industry can be seen by looking at herd data; for this study 15 herds with more than 200 cows were analyzed (Table 3). These herds had an available Dairy Comp 305 file with fertility rates, calving information and general individual cow data. All herds were on DHI, in Ontario and clients of EastGen Genetics.

One area of interest is the percentage of female calves being produced by cows starting their first lactation. Sexed semen has changed the ways that genetics are managed within a herd. For example, first lactation cows are now calving with an average of 72% female offspring. At the highest, a herd was able to achieve an 88% female calf rate from first lactation calvings.

The ability to have heifers produce a higher percentage of female calves changes the way producers manage their genetic inventory. When a herd generates a higher percentage of female calves, and the producer manages fertility, calf mortality and herd culling rates, additional flexibility in managing the herd’s genetics is presented. Sexed semen gives the producer the ability to cull “bottom-end” animals, increase selection intensity on the desirable animals, and selectively breed to produce dairy-beef crossbreds, creating a whole new management dynamic. Balancing the number of heifers and dairybeef crossbreds produced and timing the culling of heifers to reduce inventory will become a bigger focus for dairies going forward.