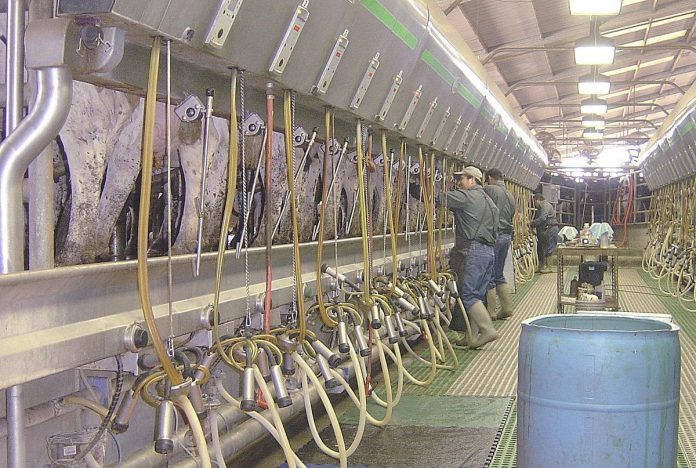 Direct payments to dairy farmers for lost sales and government purchases of dairy products for people in need — both related to the COVID-19 pandemic — have benefited the dairy industry.

But they’ve also pushed milk production growth above the historical year-over-year rate of 1.5%, and that’s concerning to analysts at Rabobank.

U.S. milk production increased 1.9% in July, 1.8% in August and 2.3% in September year over year, according to USDA National Agricultural Statistics Service.

“If these growth rates continue and the government aid comes to an end, dairy markets could rapidly move to a surplus situation,” RaboResearch analysts said in their latest Agribusiness Review.

There is already a lot of volatility in the dairy industry, Ben Laine, RaboResearch analyst, told Capital Press.

Retail demand has taken up some of the slack in foodservice sales, but it’s going to take a long time to get back to normal, he said.

“Demand from U.S. consumers is still going to be on the slow side,” he said.

Butter and milk powder production has ramped up on higher milk production because they can be stored. The powder market is doing well due to strong exports, but butter inventories are building and were 22% higher at the end of August than the same time a year earlier, he said.

U.S. butter has a slightly lower fat content than the rest of the world is used to, making it hard to export, and excess inventories are weighing on the Class IV milk price, he said.

The market for cheddar cheese blocks is reportedly tight, reflected in the climbing block price. But cheddar barrels remain available and priced lower, the analysts said.

Block cheese is consumed as slices, bricks and other retail forms. Barrel cheese is more of an ingredient on the processed side. Government food purchases benefited blocks more than barrels, he said.

Also, the initial disruptions and uncertainty of the pandemic sent more blocks into the aging process and into storage. That helped drive block prices higher on the Chicago Mercantile Exchange spot market, where cheese that’s traded has to be under 30 days old, he said.

The price spread between blocks and barrels hit a record just over $1 a pound at the CME in September, a far cry from the traditional 3 cent spread. Meanwhile the gap between Class III and Class IV milk prices set records earlier this year and remains wide, the analysts said.

Those breaks from industry norms highlight the markets’ precarious nature and point to ongoing volatility ahead, they said.

“All of these price relationships we’re used to are just completely out of whack,” he said.

Volatility is on the supply side and the demand side. The pandemic shook up everything and now things are slowly working back to more normal. Until then, it’s a precarious situation.

“One little thing could really shake the market up again,” he said.

2023 Outlook for the farm equipment market