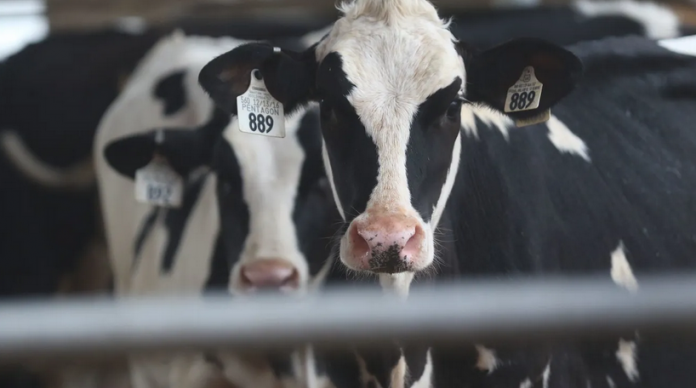 For many of us, 2020 has been a regrettable yet unforgettable year – and not in a good way. So much has happened that trying to put it into perspective as the year ends seems like trying to untangle threads that have gotten caught in a vortex.

So many competing heartbreaks and challenges have gotten in our way this year, and those heartbreaks didn’t spare those of us who milk cows for a living.

As 2019 ended and 2020 dawned, milk prices topped $20 per hundredweight. Class III prices, for milk that goes into cheesemaking, hit $20.45 per hundredweight in November and that was a price trend that carried into December. Many dairy producers had decided not to sign up for the USDA’s “safety net” program – Dairy Margin Coverage — because every dairy economist and prognosticator foresaw good milk prices for the end of 2019 and into 2020.

For those of us milking cows, 2020 was supposed to be a year to recover from many years of sub-par prices; a chance to play catch-up.

Those higher milk price predictions were based on several things, including tight milk supplies and soaring prices for Cheddar barrels and non-fat dry milk.

During the year dairy farmers had also benefited from the USDA’s Market Facilitation Program payments. A second round of MFP payments came in late 2019; those payments were designed to help farmers weather the effects of what the agency called “unjustified trade retaliation” from nations that we were in a trade war with.

At our farm, we were weathering another kind of problem – months before the nation had learned to count Intensive Care Unit beds and hospital capacity. My husband Jim was stricken with sepsis just a few days before Christmas. We thought he had the flu but when he didn’t feel better after a few days of sleeping continuously we realized something was seriously wrong.

An ambulance ride to the University of Wisconsin Hospital in Madison revealed the hard truth. The ER nurse said that if we’d waited another day Jim would have been in the morgue. Excellent care and his strong constitution got him through. But he would be in the hospital for nearly a month, followed by stays in two rehab facilities. I got him home March 3, just as the nation and the world were realizing how serious the coronavirus pandemic was.

In January, he wasn’t completely out of the woods, but it was looking pretty positive. In our farm business, Jim has always taken care of the books – payroll and bill paying and all the rest. (In high school he had entertained the idea of becoming an accountant.) With him not at home, I had to take care of all those bills and banking. It was a challenge.

But that challenge was made easier by the fact that milk prices were riding high – as all the economists had predicted. Milk income was decent and there was enough money there to pay the bills that I was now in charge of. At that time we were all still blissfully ignorant of the virus that would soon wreak havoc on the people of the world – and in our corner of the world, the dairy economy.

Dairy farmers in Wisconsin had been rocked by unsustainably low prices for years. During 2019 the state lost 10 percent of its dairy farmers – dropping from 8,110 herds at the beginning of the year – to 7,292 herds at year’s end.

But by February, rumblings among some world leaders and media told of a pandemic that could cripple the world economy as well as killing tens of thousands of people around the globe.

In dairy country, organizations quickly cancelled their conventions and member meetings. (It would end up being a year without a Wisconsin State Fair and World Dairy Expo as well as numerous county fairs and other events.) Soon the pandemic hit with a vengeance as restaurants, schools and universities closed and the pipeline of dairy products to end consumer was effectively shut down. Evening newscasts showed pictures of tankers full of milk being drained into manure lagoons, even as dairy cases in grocery stores stood empty.

Many dairy economists found that in the short term, perhaps no agricultural sector had been more devastated by the effects of the coronavirus pandemic than dairy. From one end of the United States to the other, the dairy industry – from farms through to processors and marketers – was thrown into chaos as the supply chain was broken.

Some dairy processors had built their business on selling their products to food service and institutional users. They had to quickly ask milk producers to throw away a percentage of their milk as they had no end-use for it. It was estimated that about 40 percent of all dairy products get to consumers through restaurants and food service outlets.

But as consumers could no longer go out to eat and as their kids had to eat three meals a day at home, retail sales of dairy showed amazing gains through March. Milk sales were up 36 percent by the third week of March; butter sales were up 111 percent; cheese sales were up 78 percent and other dairy product sales rose along with those categories. At some points in the spring, frozen pizzas were in short supply.

As farmers and cheesemakers struggled to survive, many hunger relief organizations stepped in to halt the dumping of milk by procuring dairy products for the increasing number of people who needed help with food. We’ve all seen the news photos of people lined up for hours in their cars to get food from local food banks. Increasingly this year, those handouts included milk, cheese and other dairy products.

That’s because federal pandemic relief funds were available to these groups to purchase refrigeration equipment which in turn made it possible for them to take advantage of excess dairy products.

The consumer demand for dairy coupled with milk supply disruptions helped contribute to wildly swinging dairy prices in mid-year as the farm-to-consumer supply chain struggled to figure out what to do next. In some grocery stores, management was limiting the number of gallons shoppers could take home.

Meanwhile by June 8 the USDA had approved $1.4 billion in payments to 80,261 agricultural producers under the Coronavirus Food Assistance Program (CFAP). In Wisconsin, 1,741 dairy farmers were approved to get almost $80 million in payments under the program, which was handled by county FSA offices.

By July, commodity Cheddar prices rose to all-time highs as the dairy industry benefited from many more people preparing meals at home and using dairy products to do so. The Farmers to Food Box program also played a part in bringing dairy prices out of the doldrums.

But then dairy farmers began the howl of confusion as they saw their milk checks. With such disruptions in milk and cheese pricing, farmers’ milk prices fell victim to “depooling” and “negative PPDs” (producer price differentials.) The money was in the marketplace, but not enough of it made it back to the milk producer. So farmers’ frustration grew – even when milk prices were high, much of that cash didn’t make it back into our checkbooks.

The uncertainty and price gyrations continue through the end of 2020. As Covid-19 cases once again began to rise, causing concern among public health officials, restaurants and other venues were once again closed. That caused problems for the fragile economic recovery that was taking place in some states. Prices for dairy products, including commodity Cheddar, began to crash again.

Hope of a return to normalcy based on Covid-19 vaccinations may put an end to the economic chaos the pandemic has caused, but it’s going to take a while.

One bit of good advice came from our herd veterinarian earlier this year. “If I make it through this year without getting sick or without my wife or kids getting sick, I’ll consider that a win,” he told me.

And it will be a win for the dairy industry if we never see another year like 2020.