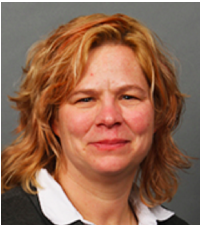 From an historical perspective, women have always played a vital role in agriculture, but it was often undocumented, unacknowledged and unquantified. Each woman is strong and influential in their own right. These women encourage us in their leadership, actions and language.

In your community, these influential women might be your mother, sister, daughter, neighbour, colleague, or partner. On the OFA board, their names are Jackie, Debra, Tracey, Teresa, and soon to be Jennifer. In the past, they included Melissa, Eleanor and Bette Jean. I am proud to have worked with these women on the organization’s board of directors.

In the past, the agriculture sector has often been viewed as a male-dominated industry, which lacked female representation and rarely showcased women in leadership roles. In a 2015 Canadian Agricultural Human Resource Council (CAHRC) study, only 8 out of the 65 Canadian agricultural associations surveyed had a woman as their board chair or president, and only 28% had at least one woman on their board. These statistics can be daunting.

Although Ontario’s agriculture industry has evolved to include the representation and inclusion of women, there continues to be a lot of work to do to eliminate gender stereotypes and achieve equity. OFA conducted a survey in January 2020 where 67% of female farmer respondents indicated that they had been disrespected because of their gender, compared to just 2% of their male counterparts.

Women in agriculture continue to face more barriers than their male counterparts, both in their careers and their personal lives, as a result of gender roles. The CAHRC study found that women identified barriers to advancing in the field of agriculture (41%) and barriers balancing career and family responsibilities (16%). Another 16% spoke of the ‘old boys club’ and 13% found there was a lack of female role models in leadership positions. Additional barriers noted by the women included access to childcare, gendered roles and responsibilities, different levels of on and off farm expectations, access to resources and off-farm employment.

Female farming operations are also smaller scale than male owned operations and gross less profit. In 2017-18, OFA participated in an Ontario Ministry of Agriculture, Food and Rural Affairs (OMAFRA) and University of Guelph research study. Female-operated farms on average tended to be smaller acreage (132 acres), compared to 287 acres for male-operated farms. With 57% of female-operated farms generating less than $25,000 in gross farm receipts, there is more to be done to support female farmers with funding, training, and support services. However, what the numbers fail to illustrate is the passion for farming that women in agriculture possess. It drives their success in a way that defies the statistics.

There are programs and initiatives that aim to encourage female involvement in agriculture. In 2019, to address the gender disparity, Farm Credit Canada (FCC) developed the Women Entrepreneur Program to provide support for female entrepreneurs with a commitment of $500 million over 3 years. FCC has also developed a resource page to support women searching for programs, funding and resources.

Additionally, in 2013 The Ag Women’s Network (AWN) was created. The AWN is a volunteer non-profit association and was created to cultivate and connect leaders through the empowerment of women. The AWN Mentorship Program receives sponsorship support from FCC to provide a unique opportunity for women – from any aspect of agriculture or career stage – to connect in a mentoring partnership. Also, programs such as the Influential Women in Canadian Agriculture highlight role models for the next generation across all fields of farming.

Now, my proposal to all of you, is to find a woman in farming that you admire, across the table, online, or maybe even in the mirror. Tell them, “You’re amazing, and farming wouldn’t be the same without you. You help grow food for the world and you should be proud of all that you do. You’ve got this. You inspire me. Thank you for all that you do for Ontario agriculture.”

Our industry has an important role to play in supporting equity, diversity and inclusion in our workplaces, our boardrooms, our governments and in our society. We are stronger and more valuable when everyone has a voice at the table.

Milk fat above 4% is the new normal, by: Isaac J. Salfer