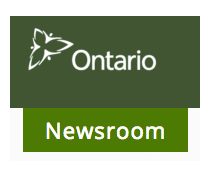 Up to $15,000 Per Eligible Farm for Permanent Water Projects

The Ontario government is moving quickly with additional supports for livestock farmers impacted by drought conditions in Northwestern Ontario by providing up to $15,000 through the Northwestern Ontario Drought Assistance Initiative for well drilling and pond construction projects.

“Last week I visited farmers in Northwest Ontario and not only did they ask for assistance, but I saw first hand the urgent need to provide assistance with drilling new wells and modifying ponds,” said Lisa Thompson, Minister of Agriculture, Food and Rural Affairs. “Quickly providing this targeted support will help impacted farms access a permanent and much-needed water supply that will ensure the short- and long-term success of the farm’s operation.”

Ontario will provide up to fifty per cent in cost-share funding for well improvement, pond expansion and/or construction to eligible farmers in the Kenora, Rainy River and Thunder Bay areas, up to a maximum of $15,000 per farm. Funding will be for eligible costs incurred since June 14, 2021. Eligible farmers can apply for the Northwestern Ontario Drought Assistance Initiative through Agricorp. Applications open later this month and run until January 31, 2022.

“I would like to commend and thank Minister Thompson and OMAFRA officials for their responsiveness to the needs of livestock farmers in the northwest impacted by this year’s drought,” shares Rob Lipsett, President of Beef Farmers of Ontario. “The additional support announced today to assist farmers with the costs of securing additional water infrastructure capacity will provide yet another tool for farmers, and will also help mitigate the long-term effects of the drought by ensuring vital infrastructure is in place in the region to support the regrowth of the cow herd as our sector in the northwest recovers.”

“This summer has seen sustained periods of unusually hot, dry weather in Northwestern Ontario,” said Greg Rickford, MPP for Kenora-Rainy River, Minister of Northern Development, Mines, Natural Resources and Forestry. “With farmers battling against the difficult drought conditions, it is vital that our government acted fast. This new funding builds on the actions our government is doing to ensure farmers in the region have the resources they need to keep their farms running and prepare for future seasons.”

This latest action to support drought-impacted farmers in Northwestern Ontario follows the launch of the Canada-Ontario Transported Feed Initiative on September 16 in which Ontario is providing up to $5 million to help with the cost of caring for livestock through the winter. These initiatives builds on the up to $2 million in provincial support announced earlier this summer for emergency drought funding through the Northwestern Livestock Emergency Assistance Initiative, which provides assistance for emergency feed, water and fencing. The emergency water and temporary fencing initiative continues to be open to producers through Agricorp until November 1, 2021.