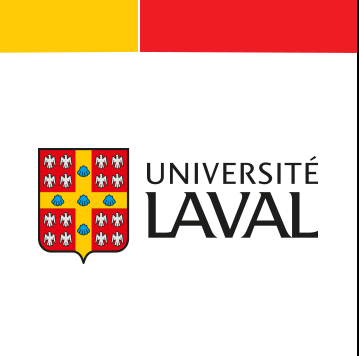 Literature data suggests cAMP as an efficient molecule to improve milk constituent secretion. The efficacy of cAMP-elevating agents in stimulating the rate of casein secretion has been reported as early as 1975. Intracellular concentration of cyclic nucleotides is actively regulated through synthesis with adenylyl cyclase and through degradation with phosphodiesterase. PDEs are the enzymes that degrade cyclic nucleotides like cAMP into its inactive form, 5’-AMP. The use of non-specific PDE inhibitor resulted in enhancement of lactational performance with an increase in cell number in mammary gland.

We have preliminary data showing that PDE4A and PDE4D transcripts are present in bovine mammary gland. In the rat, type 4 PDE is actively involved in casein secretion. PDE4A and PDE4D transcripts are also present in rat mammary gland. In the mouse, we have developed PDE4D-null animals. They have reproductive problem with a reduced female fertility and an important ovulation problem due to impaired spatio-temporal gene expression in follicular cells. Interestingly, we have reported that the number of pups decreased during the first week of delivery. The pups look healthy.

We can easily speculate a decreased ability of mammary gland to produce milk (low milk yield) to be responsible at least in part for the low survival rate of pups. We have also preliminary data showing the presence of PDE5A transcript and protein in bovine. PDE5A in a cGMP-specific PDE as PDE4 are cAMP-PDE specific. These data are actually incomplete since different pathways regulate PDE activity. The first objective of our project is therefore to establish PDEs expression pattern in mammary gland. This section will be done using mammary tissue from slaughterhouse.

The second objective is to study the functional regulation of PDEs during a complete lactation. If our hypothesis is confirmed, it would be possible to achieve a better persistency through the use of modulator of PDE activity. We believe that these manipulations can be accomplish through the use of nutraceutical (plant extracts) already available on the market, and known to affect for example cGMP and PDEs activity in human.

A first example of potential nutraceutical approach would be the use of the herb Cnidium Monnier, the natural form of 4-methylpiperazine known to increase nitric oxide releases, which stimulate the production of cGMP. A second example would be the seed of Xanthoparmelia Scabrosa, the natural form of pyrazolo pyrimidinome which is known to inhibit the production of PDE5. These 2 products are already available on the market. We are not proposing using this strategy but it is a consideration. If a better persistency can be achieved through the use of cGMP PDEs inhibitor, the producer may chose to maintain milk yield at the peak of lactation, and therefore increase milk production during total lactation. Alternatively, one may wish to maintain the same level of total production by reducing milk yield at the peak of lactation. In that case, cows will have a flatter lactation curves, which is known to reduce the incidence of metabolic and reproductive disorders that originate from the physiological stress of high milk yield would, and the proportion of roughage in the ratio could be increased, thus reducing production costs. In both cases, improving lactation persistency may allow increasing the length of lactation which makes the cows more profitable.

These products can be easily protected against ruminal fermentation by lipid encapsulation before being added in the diets of dairy cows.