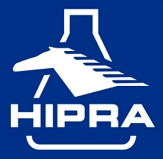 This wouldn’t be a mastitis article if I didn’t mention that mastitis is among the costliest diseases of dairy cows. A recent study found that the cost of mastitis, both clinical and subclinical mastitis

, was $660 – on a per cow per year basis [1].  For a little perspective, that means that if you milk 100 cows, mastitis is costing you $66,000 per year! Sure, about half of this cost is things we can see – culled or dead cows, drugs, discarded milk – the top of the iceberg. The other half is strictly lost milk production following the damage of the mammary gland – the unseen but very real effect.

So, what causes mastitis in Canada?

Sun Tzu, The Art of War

There is a huge variety of bacteria, fungi, and algae that can cause mastitis in cattle. Several Canadian researchers have uncovered the bacteria that cause mastitis. So, who makes the top ten?

There are regional differences in the relative frequency of each bacteria, but the top 4 are consistent: Staphylococcus aureus, E.coli, Streptococcus uberis, and non-aureus Streptococci. What is not shown is the high level of “No bacterial growth”.

What are the most common causes of subclinical mastitis – that form of mastitis that you can’t see with your eyes? Figure 2 outlines results from a recent Canadian study.

Contagious – bacteria is adapted to live primarily in the udders of cows and is spread from cow-to-cow at milking through the milk.

Environmental – bacteria lives mostly in the environment. Infections occur primarily between milkings from an unhygienic environment.

Both – Bacteria can be passed from cow-to-cow during milking and from the environment to cow.

*Note: these definitions are not set in stone. Contagious bacteria can survive in the environment and infect cows. Likewise, some other environmental bacteria are able to cause long-term mastitis infections and transmit from cow-to-cow.

To effectively control mastitis, an accurate diagnosis of the problem must be made. This means that milk samples must be taken from infected cows for laboratory diagnosis. Each farm can have its own unique bacterial challenges. All cows with clinical mastitis should be tested to determine the best course of treatment. Also, routine testing of subclinical or high SCC cows will give you a herd picture of the type of bacteria causing an issue.

A note on “No Bacterial Growth”

Around 20-40% of milk samples submitted to the lab for culture yield “no bacterial growth”. This can be frustrating for anyone that wants answers for their mastitis problems. What does it mean?

Hipra, a leading multinational veterinary pharmaceutical company, strives to be the reference in prevention for animal health. That is why the focus has been on developing industry-leading vaccines to prevent disease in animals. In Canada, Hipra markets Topvac – the only vaccine licensed to reduce the incidence of sub-clinical mastitis and the incidence and the severity of the clinical signs of clinical mastitis caused by the top 3 causes of mastitis in Canada: Staphylococcus aureus, E.coli and other coliforms, and coagulase-negative staphylococci.

What’s more, effective prevention requires knowledge of the cause and impact of disease on the farm. Hipra offers two tools to help you better understand the udder health challenges on farm: