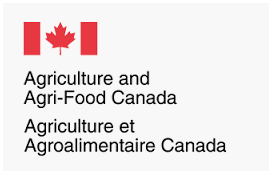 On average, each of Canada’s dairy cows produces 8,500 litres of milk per year. Farmers must monitor them closely in their first year of lactation, as they are more fragile during this time and can develop a range of health problems.

Pierre Lacasse, an Agriculture and Agri-Food Canada (AAFC) researcher at the Sherbrooke Research and Development Centre, has discovered a new approach that will substantially improve the health of early-lactation dairy cows.

The week following the birth of a calf is very demanding for the dairy cow. Her metabolism has to adapt very quickly to provide the nutrients needed to produce large quantities of milk. However, her digestive system requires an adjustment period, and the quantity of food she can take in is insufficient to meet all her needs. During this time, cows rely heavily on their reserves, which disrupts their metabolism and immune function. They are left at greater risk of developing a range of infections and metabolic diseases.

Mr. Lacasse went against the findings of a number of studies by suggesting that the cow’s nutritional needs be temporarily reduced in the days following calving.

In nature, the female’s milk production adapts to the calf’s demand. Newborn calves drink little, which means that the cow’s milk production is low at first and only increases gradually. In accordance with this principle, Mr. Lacasse discovered that incomplete milking during the first five days of lactation results in much more positive health outcomes for the cow. Her metabolism has time to adapt, and the result is a sharp drop in metabolic and immune disruptions.

Mr. Lacasse reports that in one of his studies,

“47% of focal cows suffered from acetonemia (a disruption in blood composition causing loss of appetite and decreased milk production), compared to only 6% of cows under incomplete milking.”

Simple and inexpensive, this milking technique causes no significant drop in milk production for the remainder of the lactation period. Farmers using the technique save money on veterinary costs, as animals have fewer health problems. In addition, this milking method is much closer to the natural lactation cycle, making it possible to improve the well-being of cows in the herd.

This new approach to milking early-lactation dairy cows is drawing international attention, and Mr. Lacasse was invited to present his findings at conferences and conventions in the United States, France and Italy. Analysis is ongoing as to its application on a larger scale in commercial farms. The use of a limited-milking approach during early lactation may soon be suggested and incorporated into the commercial milking system used by Canada’s dairy industry.

Thanks to AAFC research, the future looks promising both for the well-being of thousands of cows nationwide and for the economic profitability of dairy farms.