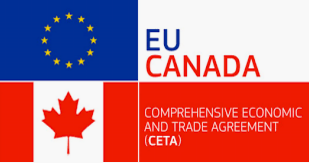 Chilliwack-Hope MP Strahl was again pressing the federal Liberals on behalf of the agri-food industry.

On Friday he was one of five MPs applying pressure in the virtual House of Common to find out exactly when dairy farmers can expect the compensation owed to them.

“Our dairy farmers produce the highest quality milk in the world, but recent trade deals have given away more of Canada’s dairy market to foreign farmers,” Strahl said.

The dairy sector was promised a multi-year compensation package for granting market access in the latest trade deal, but they haven’t made it crystal clear when payments for the second year of the deal will be forthcoming.

The Liberal Minister of Agriculture, Marie-Claude Bibeau has been quoted saying that payments for Year 2 (of 8) for CETA and CPTPP compensation to under the Canada-European Union trade agreement (CETA) and the Trans-Pacific Partnership (CPTPP) will be paid “before the end of the year.”

Strahl argued that phrasing made it unclear if the minister meant December 31, 2020 or the end of government fiscal year, March 31, 2021.

“The farmers in my riding don’t need the Parliamentary Secretary to read them a story and give them the same answer he’s just given four times in Question Period,” the MP said with a hint exasperation in his voice.

“On what date will compensation be paid to farmers across this country?”

“Again, our government recognizes the crucial role supply management plays in keeping our rural communities vibrant,” said Neil Ellis, parliamentary secretary, Agriculture and Agri-Food replying to the MP. “We’ll always be there to defend it. That is why during the recent NAFTA negotiations we protected supply management from American effort to dismantle it.”

The Liberals pledged to make $1.75 billion available over eight years, in “full, fair compensation” and that promise is “firm,” Ellis stated.

To watch the video of the exchange in Question Period, visit MP Strahl’s Facebook page.