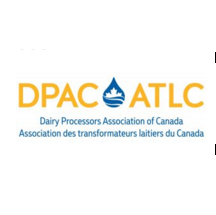 The Dairy Processors Association of Canada has joined others in Canada’s dairy sector to ask Federal, Provincial and Territorial (FPT) Ministers of Agriculture to implement mandatory and enforceable provincial Grocery Codes of Conduct, supported by a federal framework, to address current issues within Canada’s grocery retailer-supplier relationship. With a letter sent on June 28, the dairy sector joins numerous other farming and processing groups across the country in making this request.

This request comes as a Working Group established by FPT Ministers of Agriculture completes its report on the relationships between Canada’s retailers and suppliers. The work of the FPT Working Group was welcomed by farming and food processing groups that called for action on retailers’ use of arbitrary fees and deductions and lack of adherence to terms of contracts.

The dairy sector believes that the current environment whereby retailers hold significant market power has limited investment in Canada’s agri-food sector and instills a culture of distrust between retailers and suppliers, which ultimately hurts consumers. The signatories have asked the FPT Working Group to consider the positive impacts of mandatory codes, such as that of the United Kingdom, have had in reversing this trend. Thus, the sector believes that mandatory codes are the only way to restore fairness and balance in Canada’s food supply, for the benefit of the entire value chain, from farm to fork.