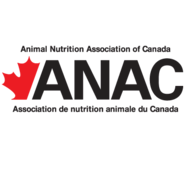 ANAC recently participated in the 13th International Feed Regulators Meeting (IFRM), held in Atlanta in January. The meeting, hosted by the International Feed Industry Federation (IFIF) and the Food and Agriculture Organization of the United Nations (FAO), gives feed regulators and industry the opportunity to discuss, both formally and informally, common and emerging topics and learn about issues and successes in their respective countries. This year, representatives from nearly 30 countries from all five continents gathered at the IFRM.

A portion of the program is typically dedicated to regulatory updates, which provides an overview of how the feed industry is regulated differently in distinct parts of the world. This session is especially valuable as both ANAC and CFIA learn about other industry-government collaboration models that can potentially be applied in Canada. This year, the focus was the regulatory frameworks for the United States, Canada, Australia and Brazil.

Updates on feed-related initiatives being undertaken by FAO, the Codex Alimentarius Commission and the World Health Organisation were presented. Discussions on African swine fever (ASF) and biosecurity measures at feed mills were also on the agenda, prompting many questions and significant interest from participants. ANAC published a piece on the key messages from the ASF session in early February which can be found on the ANAC website.

Use of High-Fiber Forages in Pregnant Dairy Heifer Diets