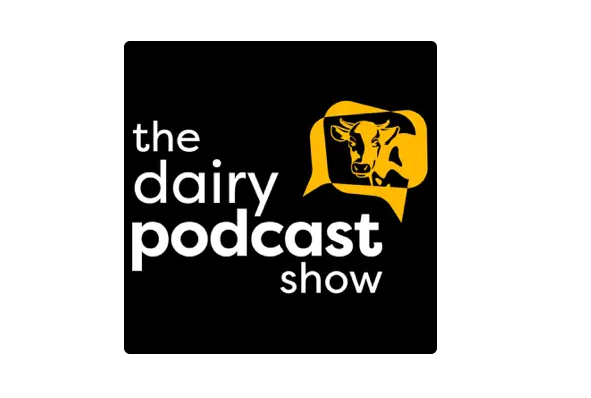 We’ve finally reached our very first episode! To kick off the Dairy Podcast Show, I had a great conversation with Dr. Mike Hutjens, who is heralded as one of the most influential people in dairy nutrition and dairy management in the past 50 years. In this episode, we focus mainly on the principal advances in fiber utilization in dairy rations, one of the hot topics in dairy nutrition research and practice. We also discussed some key aspects of corn silage utilization by lactating cows and how that has evolved over recent years. Of course, we also looked back on Dr. Hutjens’ outstanding career as an educator and asked him for some insights on becoming an excellent communicator.

Meet the guest: Dr. Mike Hutjens was raised on a 70-cow grade Holstein farm near Green Bay, Wisconsin. His bachelor’s, master’s, and Ph.D. degrees were earned at the University of Wisconsin, Madison. From 1971 to 1979, Dr. Hutjens was an extension dairy specialist at the University of Minnesota, where he coached the national champion team in 1978 at the World Dairy Expo. Since 1979, he has been an extension dairy specialist member of the University of Illinois. He speaks at 60 to 70 meetings at conferences in 46 states and up to 17 foreign countries. Mike writes feed columns for Hoard’s Dairyman and Progressive Dairyman, and cohosts Hoard’s Dairyman’s monthly webinars. His awards include the Undergraduate Teaching Purina Award from the American Dairy Science Association, National DeLaval Dairy Extension Worker Award, Applied Nutrition Award from ADSA, Outstanding Extramural Instructor (University award) in 1993 and 2000, and two citations from the Minnesota Board of Regents. Mike was president of the American Dairy Science Association (2004-2005). In 2008, he was selected “Service Person of the Year” by the World Dairy Expo. In 2009, he received the Award of Honor from ADSA and Fellow, the “Eagle Award” from the IL Farm Bureau Association, the national DHI Service Award in 2013, and the Dairy Shrine Person of the Year in 2019. He resides in Savoy, IL, with his wife, Carol, five children, and seven grandchildren. Mike served six years in the U.S. Army Reserve and retired from the University of Illinois in 2010.