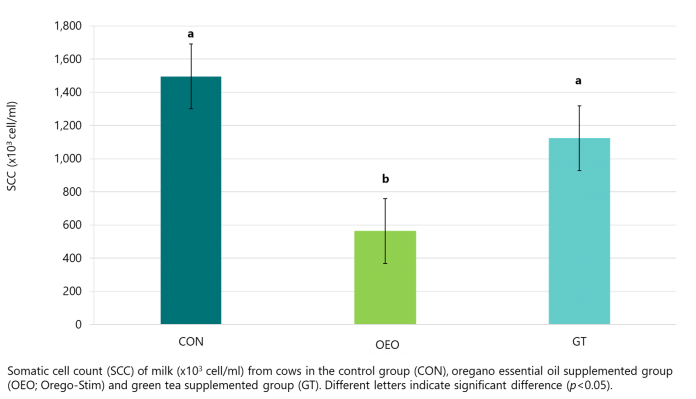 Oregano essential oil (OEO) was found to help lower milk somatic cell count (SCC) and reduced levels of oxidative stress biomarkers, leading to greater milk production. These findings were from trials carried out at the Federal University in Brazil. 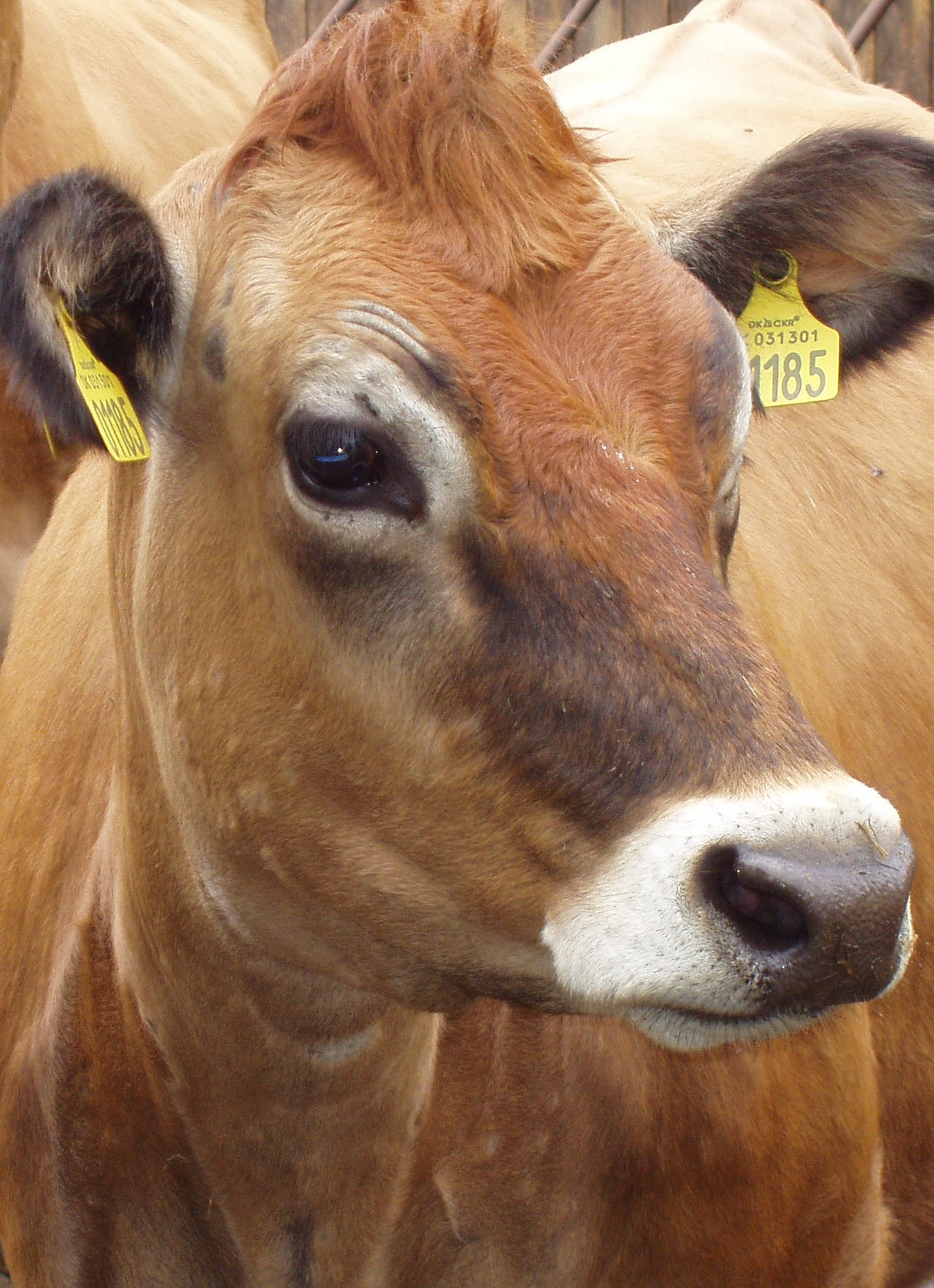 A total of 24 Jersey cows, weighing approximately 400kg and 2.7 lactations, were split into one of three treatment groups from 21 days pre-calving to 21 days post-calving. A control group, an OEO supplemented group (10g per day of Orego-Stim) or a green tea supplemented group (5g per day green tea extract). During the trial period, blood samples were taken to determine the antioxidant status of the cows and the ability of the different dietary treatments to reduce dichlorofluorescein diacetate (DCF) oxidation, an indicator of levels of harmful free radicals, was assessed. Milk was also analysed for markers of quality, such as SCC, as well as measuring total milk yield.

“Measuring the SCC of milk can be a good indicator of cow health, with high levels suggesting infection, as well as causing an altered mineral flow in the udder which can result in a higher milk pH and reduced production”, said David Wilde, Global Innovation Manager and Ruminant Technical Specialist at Anpario plc. The trial found that cows fed OEO supplemented diets had a significantly lower SCC, by 62% and 50%, compared to levels in milk from cows in the control or green tea groups respectively.

“Antioxidants can help to reduce incidence of oxidative stress, helping to support performance and immune function. For transition cows, antioxidant function is particularly important as these animals are highly susceptible to impaired immunity and increased disease prevalence, elevating the risk of poor performance or involuntary culling”, Mr Wilde explained.

Dr Vivian Fischer from Federal University and researcher on the trial concluded that “the dairy production chain may benefit from supplementing diets with oregano extract, as it could help support redox status, improve feeding and social behaviour and may reduce incidence of illnesses”.

Natural oregano essential oil contains many different active compounds that act synergistically to offer a multitude of benefits. The whole oil offers palatability and appetite enhancement whilst compounds such as carvacrol, thymol and ρ-cymene are acknowledged to have a role in antibacterial and antioxidant functions, which can support livestock during periods of heat stress, as well providing effective immunomodulatory and anti-inflammatory properties.