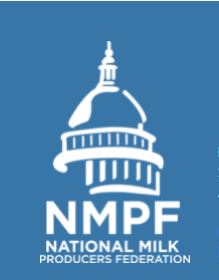 NMPF firmly rejected a proposal made public on March 3 by Global Affairs Canada that outlined “modifications” to its U.S.-Mexico-Canada Agreement (USMCA) dairy tariff rate quota (TRQ) allocations and has urged the U.S. government to do the same.

The Federation initially called out Canada’s attempts to circumvent its dairy market access obligations shortly before the trade pact’s implementation in July 2020. Following evaluation of input submitted by NMPF and the U.S. Dairy Export Council, the U.S. Trade Representative (USTR) launched the first-of-its-kind USMCA dispute settlement panel in May 2021 over Canada’s TRQ allocations. The panel’s ruling, released in January 2022, requires Canada to modify its TRQ allocation process to come into compliance with the trade agreement.

Given Canada’s proposal is more akin to a token gesture than an actual remedy to the industry’s concerns, NMPF is now working with allies in the House and Senate to urge USTR to reject Canada’s proposal. Multiple House letters are being sent to USTR to this effect.

As the first such dispute panel under the USMCA, USTR’s actions in this matter will set a powerful precedent on whether USMCA enforcement cases are up to the task of holding all Parties to the agreement to account. USTR will need to demonstrate that the USMCA enforcement process can deliver the reforms needed to bring about full implementation of the agreement.