Animal welfare is more than just the production and health of that animal, it also includes how the animal is able to use its natural behaviours. There are many researchers across the world who have dedicated their lives to understanding cattle behaviour; why cows do what they do.

“Is this even important?”, you ask. “Aren’t we looking to improve milk, production and return on investment (ROI)?” YES! We are! And understanding what your cows are telling you by how they behave will do all of that.

An industry that is facing challenges is able to say we are doing things because of science. If there is science behind what farmers are doing, and why they are doing it. And it turns out that those that are focusing on animal welfare are able to keep their cows longer, reduce the amount of replacement heifers required (and an added bonus…are reducing their greenhouse gas emissions!)

Why do farmers worry about learning why cattle do what they do? Well, “happy cows” are more productive cows. They live longer, produce more and are more pleasant to deal with. Cows do not have the intricate facial muscles of humans that allow for subtle indications of moods.  Therefore, we have to understand what they are telling us with their postures. Let’s look at what a “happy cow” looks like. 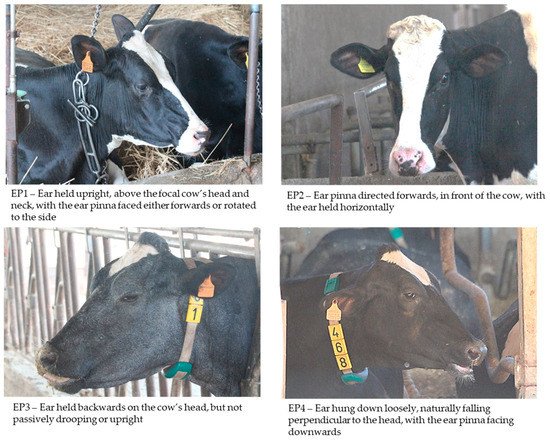 There are several types of tail placements cows are capable of and can also play a role in determining the animals state.

“Allogrooming”, is when one cow licks another around the head or neck area. This is believed to serve a number of social purposes. It can form a bond between individuals in a herd and is believed to enhance social cohesion. If there is frequent grooming within a herd, it is an indication the cows get song. However, if grooming is a rare occurrence on the farm it could be a sign of impared welfare.

Cows, being herd animals, have a pecking order that can be observed while watching antagonistic behaviour.

Displacement- physical contact where one animal is forcing the other animal to give up its position. This is accomplished by certain behaviours including: Head Butting, Chasing- one animal makes another animal move. Fighting where two animals push their heads against each other while planting their feet on the ground with both exerting force against each other and “Chasing-up” where one animal uses physical contact against a lying animal to make her rise.

There has been a lot of research on how cows express pain. It is important to be able to understand if your animals are exhibiting behaviours associated with pain in order to identify the sources, and mitigate the cause of the pain. Here are a few behaviours that could indicate your cows are in pain.

Your time spent in the barn observing your cattle is time well spent. Early detection of lameness, injury, or illness will have a positive effect on the well-being of your herd -as well as, your pocket book! That is a “win/win” in our opinion!