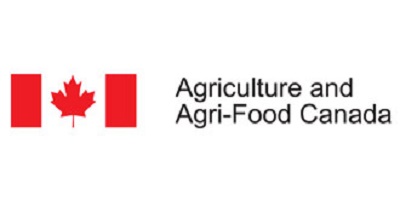 The Honourable Marie-Claude Bibeau, Minister of Agriculture and Agri-Food, today announced that Benoit Basillais has been appointed as Chief Executive Officer of the Canadian Dairy Commission (CDC), replacing Serge Riendeau.

Mr. Basillais began his career with the CDC as an economist in 2003. He has held various leadership positions with the CDC, and was named Director of Policy and Economics in 2016. He brings to the position of CEO extensive experience with both the CDC and the sector.

Mr. Riendeau was first appointed as CEO of the CDC in 2018. As CEO, he has worked to improve collaboration between segments of the dairy supply chain, and supported the modernization of supply management.

The CEO will deliver on the CDC’s annual plan, and will contribute to delivering on the priorities outlined in the CDC’s mandate letter. The mandate letter recognizes the importance of a vibrant and sustainable dairy sector to Canada’s economy, as well as the importance of dairy supply management for rural communities and farm families across the country. The mandate letter calls on the CDC to continue to advance the Government of Canada’s ambitious environmental commitments and support climate resiliency. It also outlines priorities in the areas of transparency, innovation, international trade, engagement, and inclusivity.

In 2016, the Government of Canada implemented an open, transparent and merit-based process for selecting Governor in Council appointees. Appointees play a fundamental role in Canada’s democracy by serving on commissions, boards, Crown corporations, agencies and tribunals across the country.

“With over 20 years of service at the Canadian Dairy Commission, Benoit Basillais is very familiar with both the stakeholders and the issues facing the dairy industry. Now as CEO, I trust that he will make a significant contribution to the success of the dairy industry while increasing the transparency of the pricing mechanism. I would also like to thank Serge Riendeau for the invaluable contribution he made during his four years at the helm of the Commission.”

Statement from DFC on milk pricing