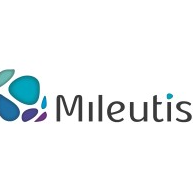 Mileutis, an Israeli-based biopharmaceutical company revolutionizing how farmers and veterinarians treat a range of diseases, today announced that a recent paper published in the Journal of Dairy Science on its Mileutis Imilac™ therapy provides results that support the use of Imilac™ bovine casein hydrolysate (bCNH) treatment as a valid alternative to antibiotics for the management of Mastitis: the leading problem of the dairy industry.

The results of the study “Effects of bovine casein hydrolysate as a dry cow therapy on prevention and cure of bovine intramammary infection, milk production and somatic cell count in the subsequent lactation,” have recently been published by the Journal of Dairy Science. Based on a case-controlled study, the results support that the Mileutis Imilac™ product is an effective and safe alternative to antibiotics for Mastitis, reduction of Somatic Cell Counts (SCC), and milk enhancement in dairy cows.

“To see the results of this article published by the leading global peer-reviewed Journal of Dairy Science is exceptionally rewarding,” says Dr. Jose Mario Iscovich, CSO and Co-Founder, Mileutis. “Imilac has now received a validation by an independent and highly respected journal that senior scientists review. While we have long worked on developing safe and residual-free therapies and antibiotic alternatives for animals, this validation really corroborates our work and drives us to move forward with innovation in this field.”

During the study, bCNH (Imilac™) was investigated as a dry cow therapy and compared to a negative control group (i.e., buffer treatment). The results showed that a single intramammary administration of bovine casein hydrolysate effectively prevented new intramammary infections during the dry period and postpartum and cured those caused by Coagulase-Negative Staphylococci (CNS). The report also showed that milk yield was higher, and somatic cell count was lower for 305 days post-calving when the treatment was used. In summary, the results support intramammary bCNH (Imilac™) as an effective alternative to antibiotic dry cow therapy (Mastitis).

“Our results suggest that bCNH treatment is a valid alternative to antibiotics at dry-off as outcomes from its high efficacy to prevent new Intramammary Infection (IMI) after calving and due to its ability to cure subclinical IMI, mainly caused by CNS. It is supported by higher milk yield and lower SCC during whole subsequent lactation,” says Dr. Ezra Shoshani, leading author of the paper.

Mileutis is making significant strides towards combating anti-microbial resistance (AMR), often caused and exacerbated by the overuse of antibiotics, particularly its Imilac™ product, as an antibiotic alternative used in the management, treatment, and prevention of bovine Mastitis. Following on the success of this work, Mileutis is working on the safe use of immunomodulatory and residue-free technology that will replace antibiotics in additional leading indications. Overall Mileutis’ products can potentially reduce the usage of antibiotics in the dairy industry by up to 90%.

“An estimated 70% of antibiotics administered worldwide are used in farmed animals. As a result, the scourge of antibiotics resistance grows, and their efficacy against bacteria dwindles. We must find alternatives, and we need to start using them urgently. Mastitis is the most frequent and debilitating disease facing dairy herds today, something we have proven that our biologically sourced, safe, and residual-free therapy can reduce and prevent. Mileutis plans to use these treatments in animals safely and eventually expand their use to humans,” ends David Javier Iscovich, Co-Founder, and Chief Executive Officer at Mileutis.

Read the full Journal of Dairy Science article: “Effects of bovine casein hydrolysate as a dry cow therapy on prevention and cure of bovine intramammary infection, milk production and somatic cell count in the subsequent lactation.”