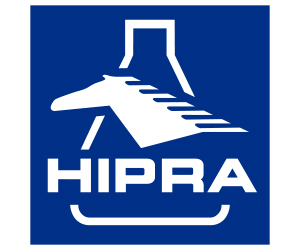 When it comes to mastitis, most people can see that it is costing them money. When summer rolls around, the risk of severe toxic cases spikes, and it can be a big blow to lose cows and quarters to mastitis. Not to mention the cost of antibiotic treatment, discarded milk, and cow suffering. Anyone who milks cows sees and understands these losses. One of the big disconnects is that these losses are only a fraction of the total cost of mastitis on the average dairy farm. It’s the losses that are not readily apparent that have the largest impact on dairy profitability.

It turns out that researchers here in Canada have recently tackled this question, pouring through data from Canadian farmers to uncover some interesting results. The work (link), published in the open-access journal Frontiers in Veterinary Medicine, does an excellent job in enumerating both the loud and silent impacts that mastitis is having on the profitability of the average Canadian dairy farm.

In 2016, researchers surveyed 145 dairy producers from across Canada, asking detailed questions about milk quality and udder health on their farm, as well as actual expenditures on mastitis – including drugs, discarded milk, veterinary services, labor, product quality, diagnostics, culling, and other materials and investments.

Who were the herds?

The 145 dairy farms that participated in the research ranged in size between 20 and 600 milking cows (median = 60), producing an average of 32 kg/cow/day. Both their rates of clinical mastitis and bulk tank SCC were better than average. Herds reported about 19 cases of mastitis per 100 cows per year with an average bulk tank SCC of 184,000 cells per ml. Farmers also reported high adoption rates of important mastitis prevention practices (Figure 1).

Show me the money: What does mastitis cost the average herd?

TL;DR – A LOT, and likely more than you think!

Overall, researchers found that mastitis (prevention investments, clinical, and subclinical mastitis) costs the average dairy herd about $670 per cow per year! That is $670 across all the cows in the herd – not just the animals that developed mastitis! 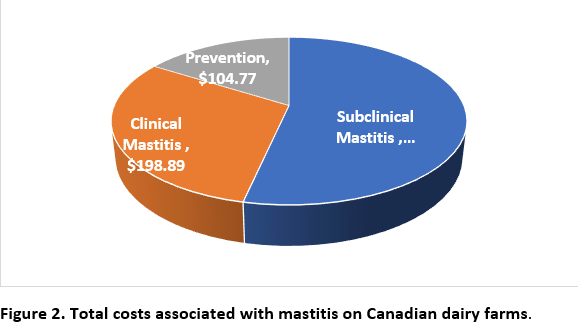 Of note, subclinical mastitis – the mastitis infections that we cannot detect with our eyes, but are evident by the presence of elevated SCC in the milk – have a GREATER impact on the cost of mastitis on the farm relative to clinical mastitis (abnormal milk plus signs of inflammation in the udder and/or cow). Click to learn more about SCC, clinical, and subclinical mastitis.

This study adds a great deal to our understanding of mastitis in our dairy farms. First, it highlights that the costs of mastitis that we can see (dead cows, non-functional quarters, drugs, veterinary services) are the tip of the iceberg when it comes to the economic impact of mastitis on the farm. Second, it shows that even when we think that “everything is fine, I don’t see mastitis on my farm”, we may be lulling ourselves into a complacency that is costing the operation money. And third, we need to be doing everything we can to reduce mastitis as much as possible! 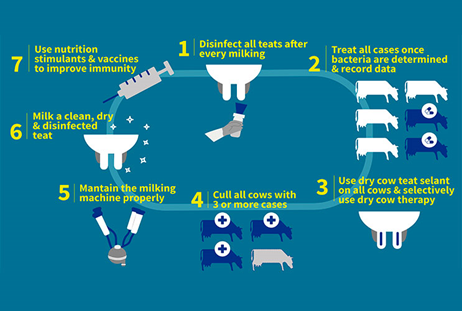 One key finding from the economics study is the relatively low proportion of herds employing vaccines to control mastitis. While there is not one silver bullet/“solution in a bottle”, vaccination against mastitis pathogens has a proven return-on-investment. Find out more at www.mastitisvaccination.com