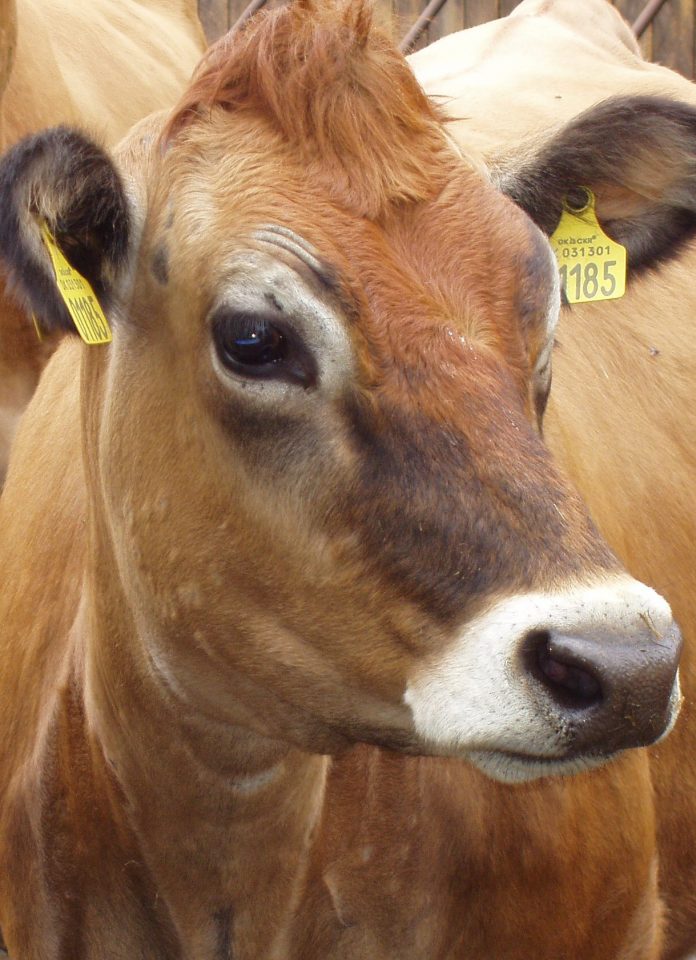 As global warming heats up, humans will increasingly suffer from rising temperatures. But how will climate change affect cows?

Turns out more heat can be harmful to dairy cows.

In recent years, scientists have found links between human-caused climate change and heat stress, which can lower milk production and lead to diseases and other issues in dairy cows.

Cows eat less when they’re hot — a factor researchers believe leads to a 50 percent drop in milk production. But those drops in production can reach up to 70 percent in hot weather.

In a search to account for the other 20 percent, researchers conducted a trial with 48 Holstein cows housed in temperature-controlled stalls. Over the course of two weeks, half of the cows were exposed to approximately 98-degree heat, while the others were housed in neutral conditions. All of the cows were milked twice a day, and the researchers tracked everything from their vital signs to their weight, feed intake and milk yields. The research was published in the Journal of Dairy Science.

As predicted, the warm cows’ milk production declined and the heat-stressed cows had higher insulin levels. They also ate and drank less.

When the researchers analyzed blood samples from the cows, they found that the heat-stressed cows developed gut permeability, or leaky gut, within just three days. The condition occurs when bacteria and other material “leaks” through weakened parts of the intestinal wall. This can cause inflammation in cows, since their immune systems kick in once it encounters the bacterial invaders.

But the researchers also found a way to mitigate the cows’ responses to heat. When they fed the heat-stressed animals a special mix of organic acids and pure botanicals, their guts became less permeable, they ate more and they produced more milk.

That dietary solution could help prevent some of the billions of dollars in economic losses related to heat-stressed cows, the researchers write. “This has immediate application,” says study co-author Joseph McFadden, a dairy biologist at Cornell University, in a news release. The research could eventually lead to changes in feed formulations, he says.