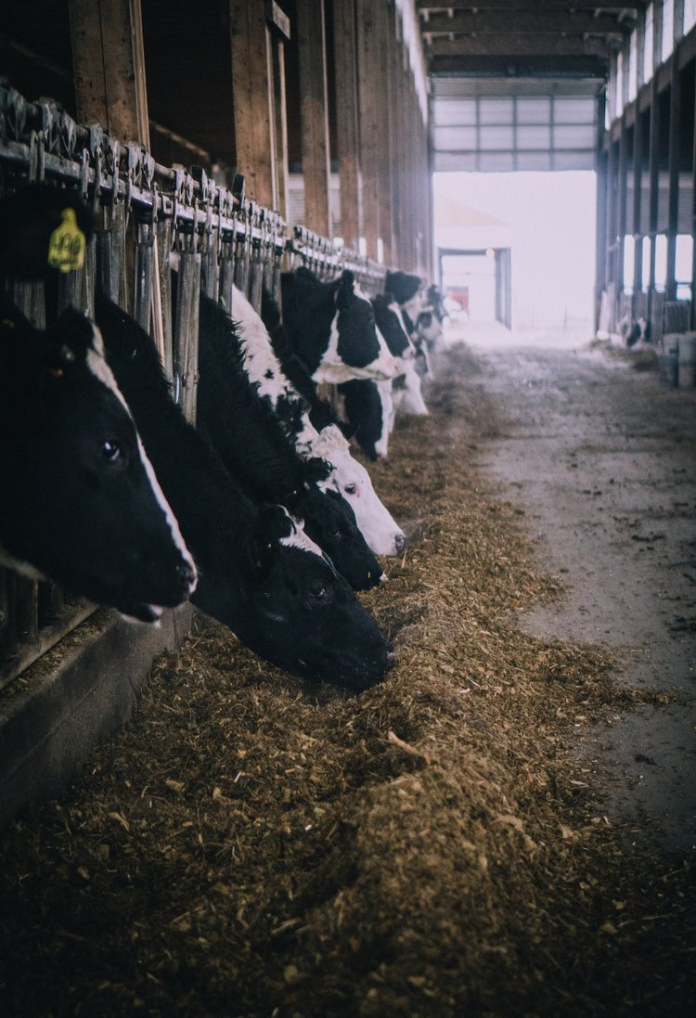 Scientists agree we are likely to continue to see climate change impacts for the foreseeable future. This will likely include hotter summers, more extreme rain events, and droughts. These conditions are making an already challenging job more difficult to manage. How will climate change impact dairy production in the United States and around the world? At least two main issues come to mind: warm weather can be a stressor on dairy cows causing decreased production and changes in climate can impact the quality and availability of quality feed, forage, or water for cows. Farmers must find new ways to reduce stress and secure inputs.

Climate change affects milk production because of the sensitivity of dairy cows to high temperature and humidity. Heat stress can cause decreased milk production and milk quality. These impacts will be felt more acutely and more quickly in warmer parts of the world, such as the southern United States or India. American farmers are already incurring additional costs to add fans, mist machines, and other cooling technologies. Dairies in India (the world’s largest producer of milk) are experimenting with other non-traditional stress reducers, such as playing music through speakers in the barns. Scientists are researching which breeds or crossbreeds are most resilient in the face of high heat and the genotypes most likely to pass on high production traits to their offspring.

As extreme weather events become more frequent, ensuring a constant supply of high quality food for dairy cows also will become a concern for some producers. Droughts, erratic rainfall, and wildfires can increase the cost of feed. Researchers are working to develop grasses or shrubs that are higher in protein, longer-lasting and shorter in harvest cycles. A recent study out of Penn State concludes dairy farmers in the Northeast can reduce the impact of their operations and maximize revenues by using cover crops and injecting manure into the soil, rather than broadcasting it. The study looks at how climate change can extend warmer growing seasons but also can cause erratic rain events that could create an increased risk of run off if nutrients are not managed properly. The researchers found that using cover crops stabilized the farm’s feed production by providing forage from a winter rye crop with less dependency on the summer crops since summer crops are susceptible to droughts which are expected to increase.

Contracts with processors for cheese, liquid milk, yogurt, and other dairy products may have requirements that limit the measures a farm can take to guard against climate change. On the other hand, some arrangements now encourage and incentivize dairies to take environmentally conscious actions. Many of these same actions can also help a dairy to protect its cows in the face of higher temperatures and erratic weather patterns. If we can work toward climate neutrality while protecting the cows against climate change, eventually the only question you’ll need to answer is whether your cows prefer Beethoven or Aerosmith.