Source: The University of British Columbia

Brushes, both automated and fixed, are becoming common on dairy farms, providing cows the opportunity to express natural grooming behaviours. Previous work by researchers at The University of British Columbia showed just how important these brushes are; cows would ‘work’ to access a brush by pushing open a weighted gate and would push just as much to access the brush as they would to access fresh feed. On some farms calves and growing heifers are also provided access to brushes (typically fixed brushes like that illustrated in Figure 1A). To date, the benefits of providing young stock with access to
grooming devices is less well studied.

A recent study at UBC’s Dairy Education and Research Centre by members of the Animal Welfare Program helps understand how weaned dairy heifers use these brushes, providing a scientific basis for recommended best practices for dairy farmers. Researchers assessed heifer preferences for brush orientation, bristle stiffness, and brush location within the pen. The changes in brush use over time was also measured, as was how animals responded to the brush being removed for a short period of time and then later returned.

For the first phase of the study, 13 groups (each consisting of 4 weaned Holstein heifers, averaging 146 days of age and initially unfamiliar with brushes) were housed in an open bedded pen that provided access to four brushes that were attached to the walls; two brushes had moderately stiff bristles and the other two brushes had very stiff bristles. For each bristle type, one brush was oriented vertically and one horizontally. The time heifers spent interacting with the brushes was recorded over a one-week period. For the second phase of the study, the heifers were moved in pairs to a freestall pen (shown in Figure
1B), with two different treatments applied (13 pairs of heifers were tested for each treatment). For the first 5 days of this second phase, a stiff brush was attached inside each free-stall (the Brush Treatment; illustrated in Figure 1B) and no brushes were available for the Control treatment. After 5 days, a brush was added to stalls in the control pen, allowing an assessment of the effect of a short period of brush deprivation.

Brush use was highest after heifers were first introduced to the brushes, with animals using the brushes on average 46 min/day. Brush use decreased but then remained relatively consistent throughout the first phase of the study. Heifers primarily used the brushes for grooming (60%; mostly grooming on the head); the remainder of the time interacting with the brushes was spent licking, sucking, and chewing the bristles and body of the brushes (collectively scored as ‘oral manipulation’). Heifers spent similar amounts of time interacting with brushes regardless of brush orientation or bristle type.

In phase 2 of the study, when heifers were moved to the free-stall pens, brushes were primarily used for the oral manipulation. Heifers in the Brush treatment did not change the time spent interacting with the brushes over the testing period (6 days). However, the Control Heifers (who were deprived of the brushes for the first 5 days of this phase of the study), showed more brush use (both oral and grooming behaviour) on day 6 compared to the heifers who had continuous access to the brush. This rebound effect suggests that brushes are important to dairy heifers.

In conclusion, the results of this study indicate that brushes are used by dairy heifers for both grooming and oral manipulation. Heifers in this study did not appear to discriminate between brush types or brush orientation, suggesting that heifers can benefit from a range of brush types and installations. 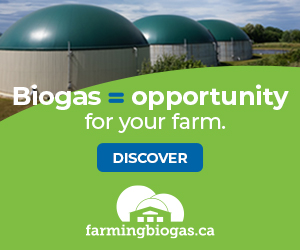