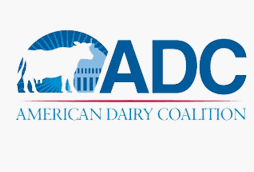 Specifically, the bill requires the Secretary of Agriculture to initiate the process of holding FMMO hearings within six months on “the views and proposals of producers and the dairy industry on Class I skim milk price, including the ‘higher of’ formula… and any other views and proposals on the Class I skim milk price and such other matters as the Secretary of Agriculture considers appropriate.”

“When the dairy pricing system isn’t working for farmers, the economic ramifications are felt across the country. I heard from producers across the industry firsthand during my subcommittee hearing on dairy pricing, and the message was clear — our dairy pricing system is inadequate, out of date, and working against producers. This bill is a great first step, and I look forward to continuing efforts on broader FMMO modernization,” said Senator Gillibrand, dairy subcommittee chair in a statement.

Senator Collins noted that “The Dairy Pricing Opportunity Act would help restore some stability to this sector by ensuring that USDA holds public hearings to receive farmers’ input on ways to correct the unintended consequences of a pre-pandemic pricing policy.”

Senator Leahy, appropriations chair, noted that “As Congress and USDA help farmers recover from the pandemic’s immediate impacts, it’s a critical time to reexamine the federal milk pricing system and ensure it works equitably for all farmers.”

“We are grateful to Senator Gillibrand for her early leadership when seeing the pricing inversions that resulted in net farm milk check losses estimated by Farm Bureau and others at $3 billion — over $700 million on Class I value alone, plus the impact of de-pooling and negative producer price differentials,” said American Dairy Coalition CEO Laurie Fisher.

“Senator Gillibrand worked with her colleagues to send a May letter to Ag Secretary Tom Vilsack requesting producer compensation, and in September, she conducted a Senate subcommittee hearing on milk pricing,” said Fischer. “Today, Sen. Gillibrand and her colleagues have introduced this important bipartisan legislation to open the FMMO hearing process.”

When the change from the previous ‘higher of’ method to the current “average plus” method for Class I skim milk was made in the 2018 Farm Bill, there were no hearings or comment processes, and most producers were not aware of the change until it failed to perform equitably during disruptive market conditions.

“Economists acknowledge that the current Class I method caps the benefit at 74 cents on Class I, which equates to about 20 cents per hundredweight nationally on the all-milk price. However, this “average plus” method has no limits on the downside risk in the equation. Our dairy farmers have suffered through extreme examples of this during the first two years of implementation,” Fischer said, adding that the ADC board is on record supporting a return to the ‘higher of’ until FMMO hearings can evaluate a path forward that is fair to producers and the industry.

In a recent ADC poll, responses from producers in 10 of the 11 FMMOs showed a large majority across all dairy size categories experienced negative impacts affecting their confidence in risk management, and an even larger majority favored a return to the previous ‘higher of’ method for Class I pricing until a formal hearing process can adequately review proposals.

“Our producers have suffered. They have lost confidence in the functioning of the FMMOs and the performance of their available risk management tools – especially in their responsiveness to unexpected marketing conditions,” Fischer said. “This bill responds to producer concerns to get national hearings started. ADC looks forward to seeing this bill become law so our farmers can be at the table on milk pricing that affects their livelihoods.”

About The American Dairy Coalition: