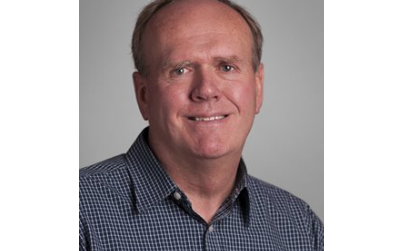 For the past several months increases in land values have been a major topic in farm publications and ag related social media. Sales in excess of $20,000/acre for prime cropland have become common, instead of an aberration. Demand for farmland remains robust, fueled by strong commodity prices.

Following is a brief snapshot of those benchmark changes from the 2021 to 2022 update.

Illinois farmland is classified under a universally accepted soil survey system that breaks land down into quality classifications based on productivity indexes. While values and yields for each cropland type tend to vary by location, the relative productivity does not.

The chart below illustrates changes by cropland type for the northern and western Illinois benchmarks. Average values across A, B and C farm types increased an average of +24.0%. One of 19 benchmarks was up less than +10.0%. Multiple benchmarks were up in excess of 20%.

Minnesota is divided into two benchmark regions within the Compeer territory, with two benchmarks in the central region and eight in the southern region. Each benchmark is valued as improved and unimproved, focusing on land values, without considering building improvements. As a group, the benchmarks were +29.0% year over year, with eight increasing 20% or greater. The chart below illustrates the changes by region.

Wisconsin land values are not driven as much by cash grain prices as Illinois and Minnesota and show slightly different trends. Benchmark values in Wisconsin peaked between the 2013 and 2015 benchmark updates Land values tend to be tied more closely with milk prices and strong demand from locally expanding dairy farms. While the benchmarks are shown as dairy and bare land in the table below, they are not necessarily separate benchmarks. In Wisconsin, we track values separately for five of the dairy/improved benchmarks. The higher per-acre benchmark is a highly improved dairy farm with buildings making up the predominant value, while the others are improved farms where land makes up the bulk of the value.

Taking a closer look at the charts for each state, trends are very similar for Illinois and Minnesota where we saw a strong run up in values from 2011 through 2013. After 2013 values came off the previous highs and were somewhat stable, but at values above those of 2010. Current values exceed the previous peaks in 2013 for most of the benchmarks in these two states.

Land values across the Midwest and within Compeer’s territory continue to be strong and robust, in spite of potential headwinds. These headwinds include interest rate increases, increases in input costs and long-term uncertainty with commodity prices. Each of these factors has the ability to affect profitability on their own, but combined could have a significant influence.